South Korea have been thriving under Bento's style of football since the Portuguese tactician took the helm in August. So far, the Taeguk Warriors have three wins and three draws under Bento, and that six-game unbeaten streak is the best start for a national football team boss since the Korea Football Association (KFA) adopted a full-time manager system in 1997. Previously, Jo Bonfrere had a five-game unbeaten run in 2004.

"Although South Korea have played only friendly matches, that unbeaten streak is still meaningful because there were top-class opponents like Uruguay and Chile," Hahn June-hea, a football analyst for local broadcaster KBS, said. "South Korea faced above-average opponents under Bento, and they delivered promising performances." 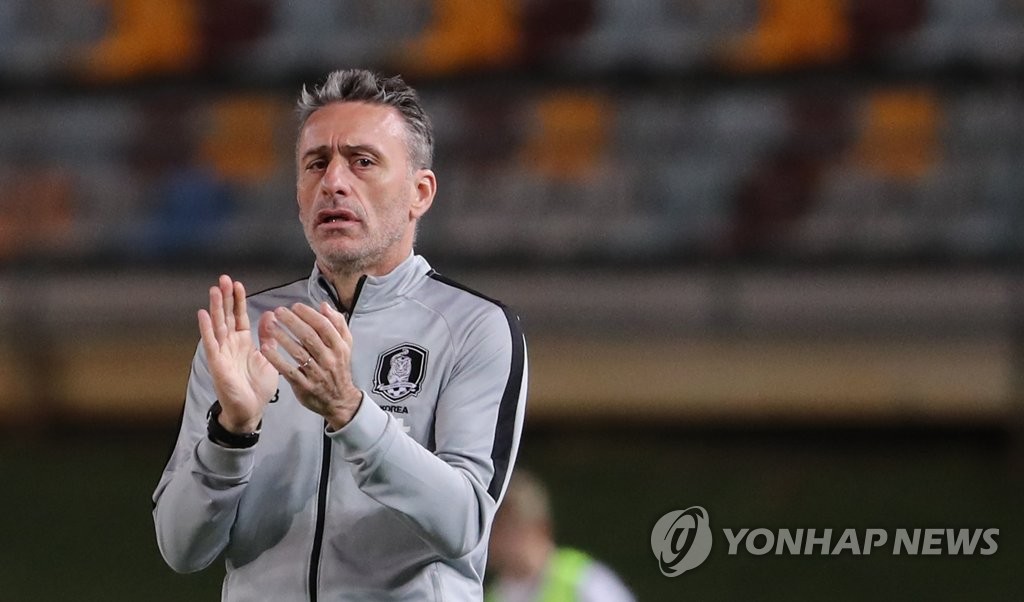 Pundits said Bento is certainly transforming South Korea into a different team, and the Taeguk Warriors' recent performance is feeding into big expectations for the 2019 Asian Football Confederation (AFC) Asian Cup and future competitions, including the 2022 FIFA World Cup.

"They're playing a fast-tempo game, and instead of focusing on ball possession, they aim to move the ball forward," Hahn said. "Bento has been emphasizing the buildup process, and that tells you that he wants to play a more elaborate style of football."

Those who are close to Bento said his meticulous attention to detail appears to be driving this positive change of the national football team.

Kim Pan-gon, who leads the national team coach appointing committee at the KFA, is probably the first South Korean to recognize that Bento is a detail-oriented man. Kim said he was impressed by Bento's detailed planning and preparation for the national team, which led him to hire the 49-year-old coach.

"In our first meeting, Bento asked about our national team environment from A to Z," Kim said. "Bento had his own training programs for the players and the team. I was surprised by the vast volume of his data that was organized in detail." 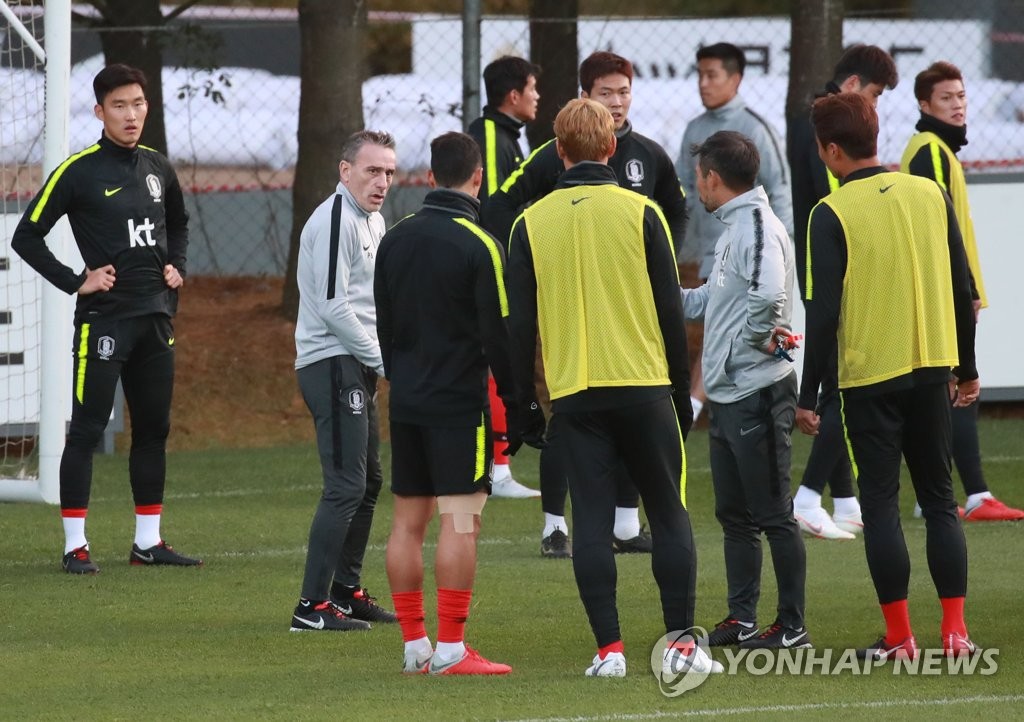 The players agree that Bento and his coaching staff focus on every little detail on the pitch, and that's why they enjoy national team training.

"He is running a very systematic training that counts every second," said Hellas Verona attacker Lee Seung-woo, who trained under Bento for September and October friendly matches. "Bento doesn't miss small things, and that's why we like it."

Daejeon Citizen's Hwang In-beom, who became South Korea's new midfield engine, said Bento has upgraded his performance with detailed directions. Hwang, 22, is one of the few players who have featured in all six matches under Bento.

"Since he was a midfielder in the past, Bento tells me what to do in attacking or defending situations," he said. "I'm getting a lot of help. He really is a good coach."

Bento's charismatic leadership and disciplined approach are also changing the team atmosphere, said Kim Young-gwon, who served as the team captain for friendly matches in November.

"He is really strict when we're on the pitch," Kim said. "Since we're in a situation to deliver a good result in such a short period of time, he gives clear and direct orders when we prepare for the match." 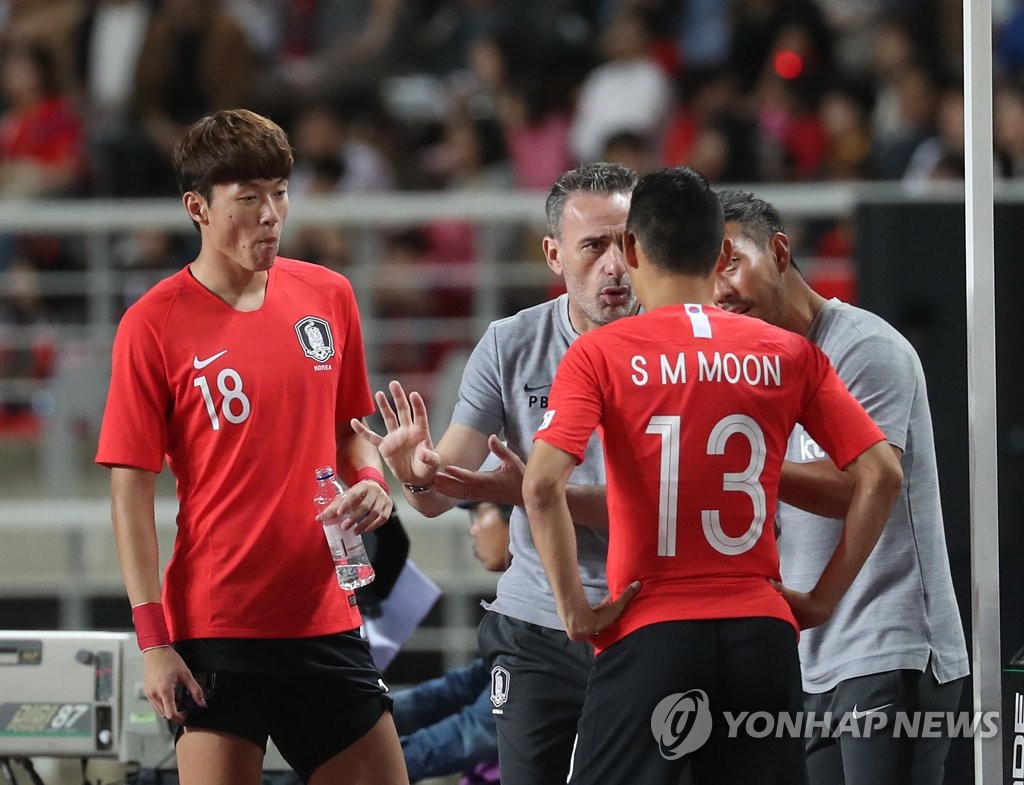 In his first meeting with the national players, Bento asked them to be punctual and prohibited cell phone use during team meetings or meals. He also ordered the players to wear the same uniform when working as a team.

"It's not that he interferes with each player's lifestyle, but he does emphasize certain rules," Kim Min-soo, a media officer for the national team, said. "He particularly orders the players not to be late. For example, Bento told the players that the team bus will depart on time even if he's not on the bus."

Bento also cares about nutrition. Now, the players are not allowed to eat fried dishes or pork ahead of a match, according to Kim.

"Bento has ordered team chefs not to include fried foods on the menu," Kim said. "He really cares about what players eat and drink."

Despite his strict orders, the players and supporting staff emphasized that Bento is not a picky person.

"He is not a coldhearted man," Kim said. "He makes jokes and likes to get along with the players. When we're playing a match, he sometimes gets hot-tempered, but he's not that kind of coach." 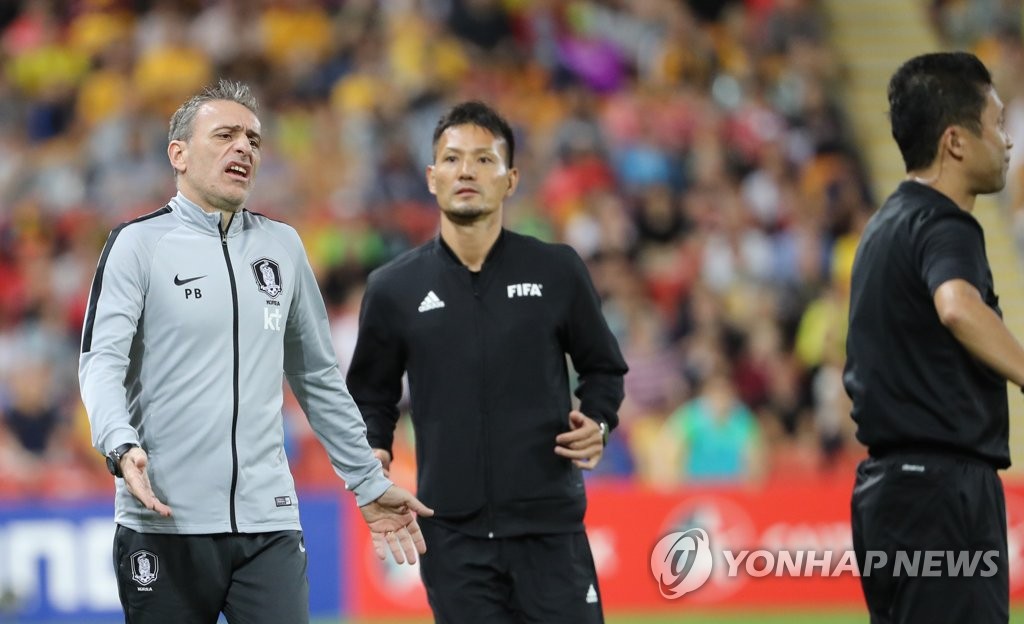 VfL Bochum midfielder Lee Chung-yong, who played under Bento for the friendly matches against Australia and Uzbekistan this month, described Bento as a "candid man."

"I often speak with Bento in English," Lee said. "He always makes it easy for the players to understand, so we clearly know what he wants from us."

Bento's personality is also well displayed in news conferences. Bento gives fairly obvious answers, which some even call mundane, but pundits said his interview skills show what kind of person he is.

"His interviews might not be so interesting to reporters or fans, but I think it's good for the team," Kim Hwan, a football commentator at local cable station JTBC, said. "He doesn't want to get too flashy and hyped up about recent performances. He knows actions speak louder than words." 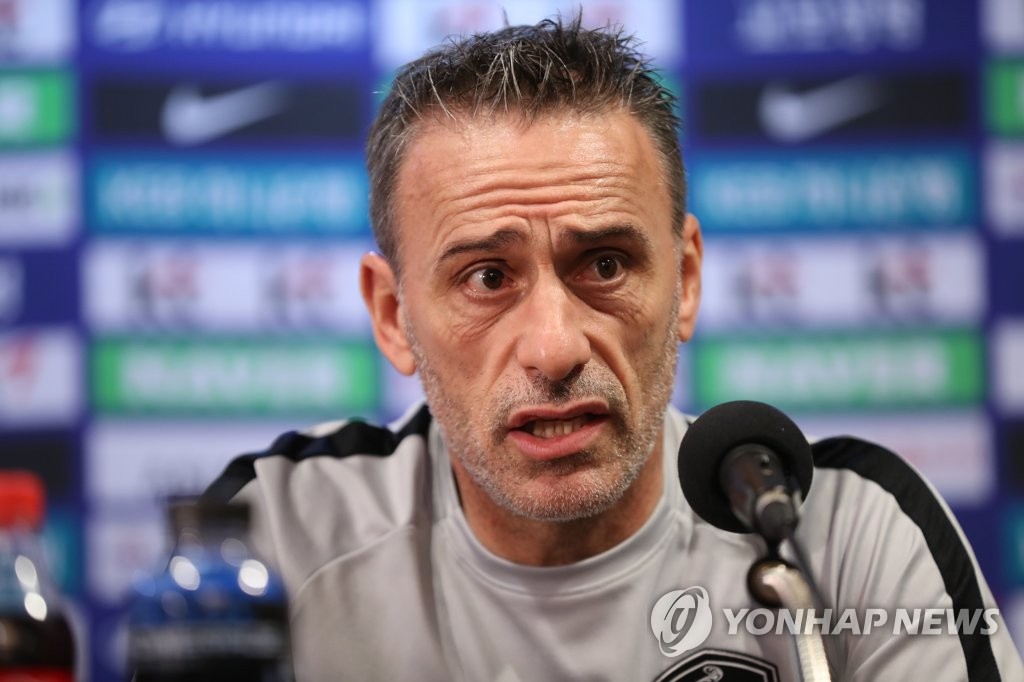 And Bento's coaching staff always accompanies the boss to news conferences. Apparently, this is also a calculated move by Bento.

"I've been doing it for a long time, so it's not something unusual," Bento said of attending press conference with his coaches. "We're one team, so it's obvious for them to be here. I can share my ideas with coaches, and we can understand each other well." 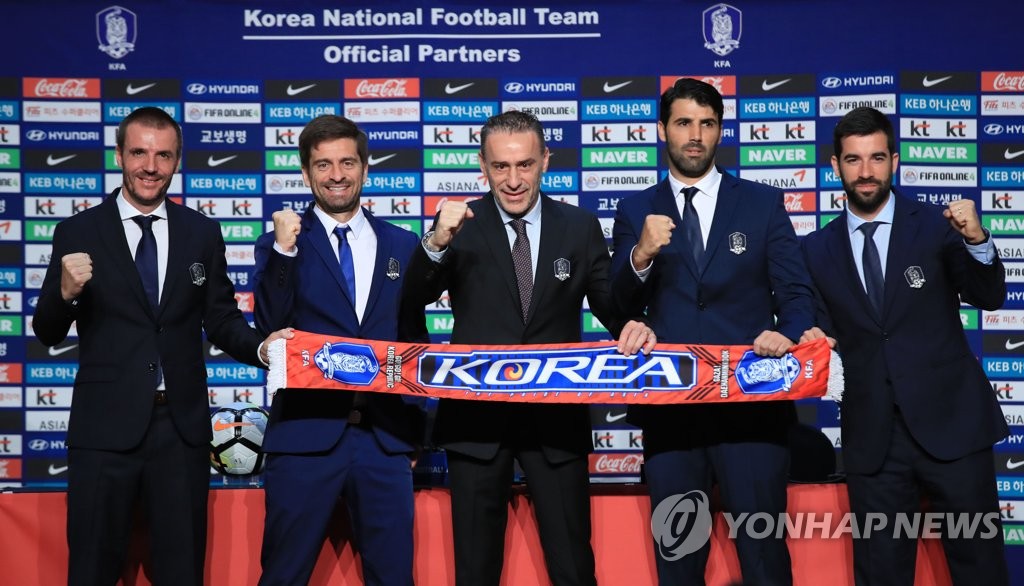 No one knows whether Bento's coaching style will continue to produce positive results at the Asian Cup, which kicks off on Jan. 5 in the United Arab Emirates. But what's for sure is that his coaching method and style are turning heads in the South Korean football community.

"We don't know whether he will bring success, but it appears that Bento has his own formula to run this team," said Kim from JTBC. "If our players can stay healthy, I think we'll be able to produce good results at the Asian Cup."