The Air Force deployed some 10 fighter jets to track the aircraft and send it a warning message, the Joint Chiefs of Staff (JCS) said.

The Chinese plane first entered the KADIZ from northwest of South Korea's southern island of Jeju at around 11 a.m. and flew out of the zone toward Ieo Island, a submerged rock south of Jeju.

Before finally leaving the zone at 3:53 p.m., the plane entered the KADIZ two more times from the southeastern city of Pohang and from Ieo Island, the JCS explained.

Later in the day, Seoul's defense ministry called in Du Nong Yi, a military attache at China's embassy in Seoul, to lodge a protest.

Air defense identification zones are not territorial airspace. They are areas each country zones off to prevent infiltration by foreign planes and accidental clashes. 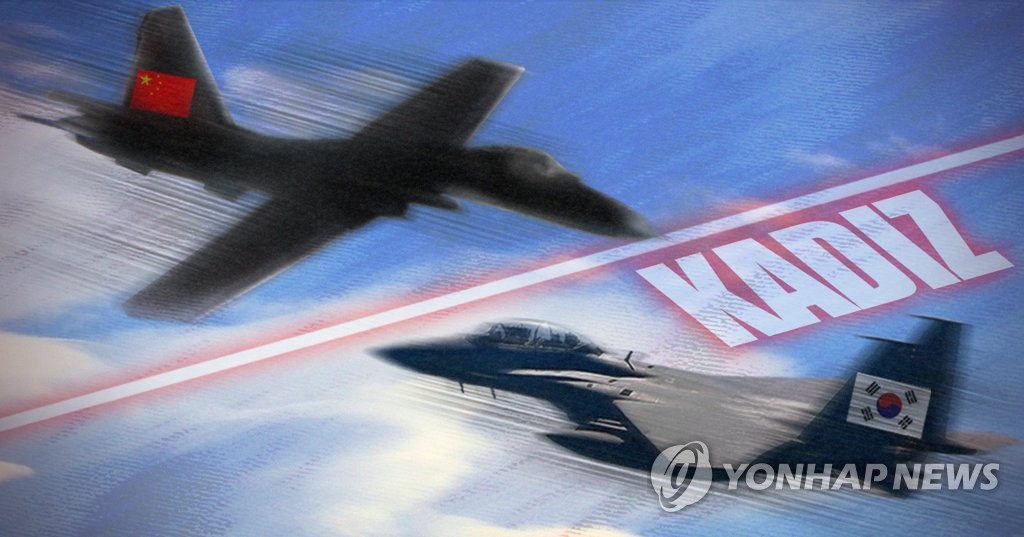