SEOUL, Nov. 27 (Yonhap) -- A baseball player and his former club were disciplined by the league on Tuesday for a past drunk driving case that went unreported. 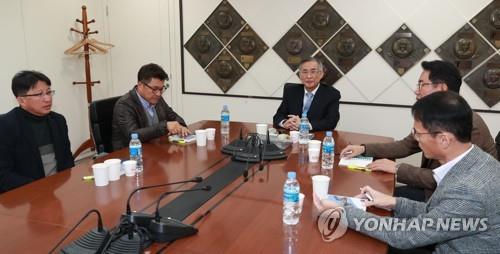 Kang, 26, was traded by the Dinos to the Wiz on Nov. 14. A few days later, a news report claimed that the Dinos deliberately covered up Kang's drunk driving case from January 2014 before dealing him to the Wiz.

The Dinos rejected the report and said they'd informed the Wiz of Kang's history. The Wiz also said they were aware of Kang's DUI case.

But the Dinos faced heat for not reporting the incident to the league office when it happened. The Dinos reasoned that Kang, who was drafted in the summer of 2013, hadn't been formally registered as their player in January 2014, when the infielder committed the offense. Kang had his driver's license revoked and the court slapped him with a 4 million won fine. Separately, the Dinos fined him 5 million won and held him out of their overseas training camp at the time, without informing the KBO of the case.