Marcao didn't play in Gyeongnam's 1-1 draw with the 2018 K League 1 champions Jeonbuk Hyundai Motors in their season finale, but his total of 26 goals in 31 matches was enough to secure the scoring title. The 24-year-old had two more goals than Gangwon FC's Serbian striker Uros Djeric. 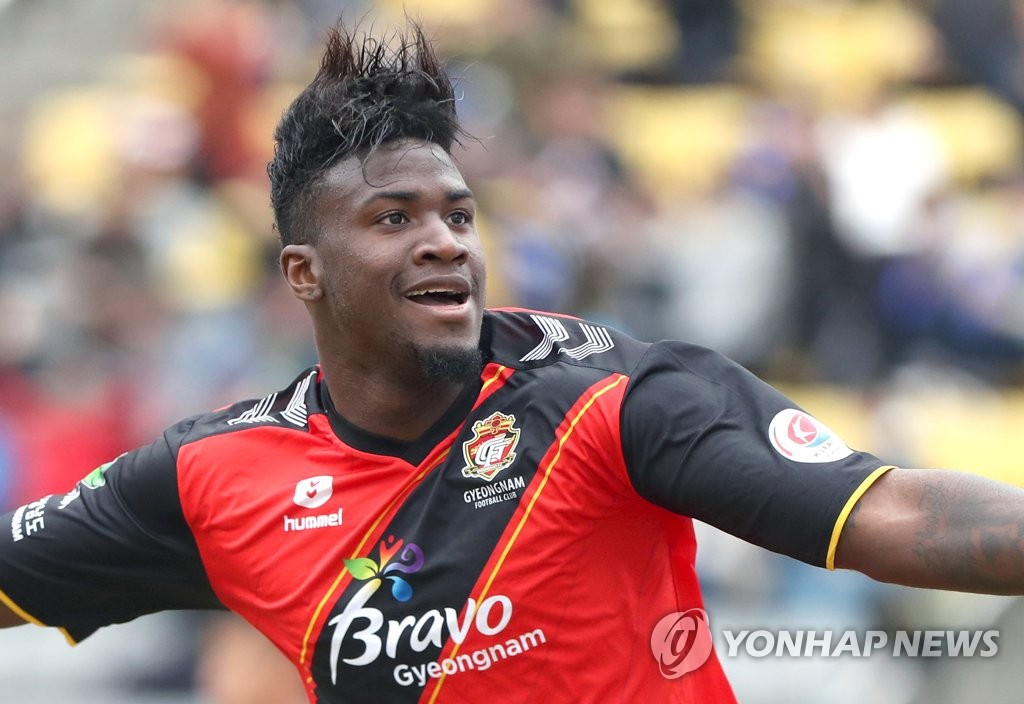 Marcao is the second player to win the scoring title in both the first and second divisions in South Korea following his Brazilian compatriot Johnathan Aparecido da Silva, who now plays for Chinese side Tianjin Teda. Johnathan had previously topped the scoring in low-tier K League 2 with Daegu FC in 2015 and did the same in the K League 1 with Suwon Samsung Bluewings last year.

But Marcao is now the first player to become the top scorer in the two divisions in consecutive seasons. He led Gyeongnam's promotion to the first division K League 1 as K League 2 champions after netting 22 goals in 32 matches last year. He was then voted the MVP of the K League 2.

Marcao will now be eyeing success similar to that he enjoyed in the K League 2. He is one of four candidates for the 2018 K League 1 season MVP.

In K League 1 history, Dejan Damjanovic, who plays for Suwon, is the only foreigner who swept both the scoring title and MVP honor in the same season. Damjanovic achieved that honor in 2012 when he was with FC Seoul. 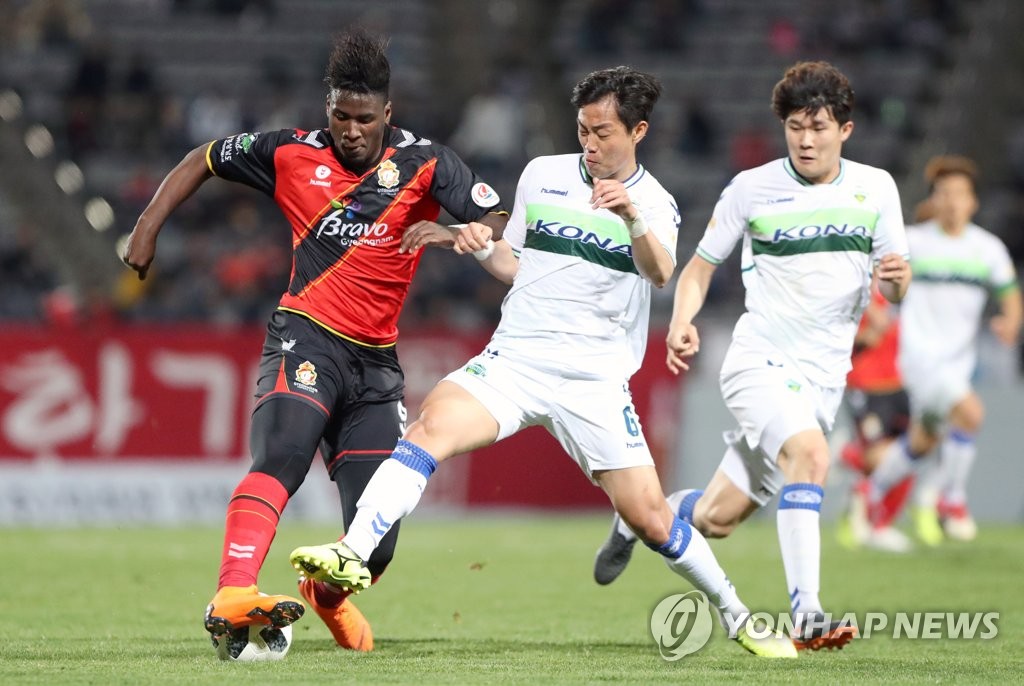 Marcao joined Gyeongnam in 2017 on loan from Brazilian outfit Ituano FC. But following his excellent performance, the South Korean club acquired him on a three-year contract.

Using his 196-centimeter, 86-kilogram frame, Marcao displayed his firepower from the start, scoring a hat-trick in Gyeongnam's season opener against Sangju Sangmu. With his attacking prowess and the guidance of head coach Kim Jong-boo, Gyeongnam finished runners-up in the 2018 K League 1.

Marcao was linked with a move to Chinese or Middle East clubs last year, but decided to stay with Gyeongnam to challenge in the K League 1. Gyeongnam recently admitted that they are still receiving big offers from other clubs and said they could sell the Brazilian goal poacher if conditions are met. 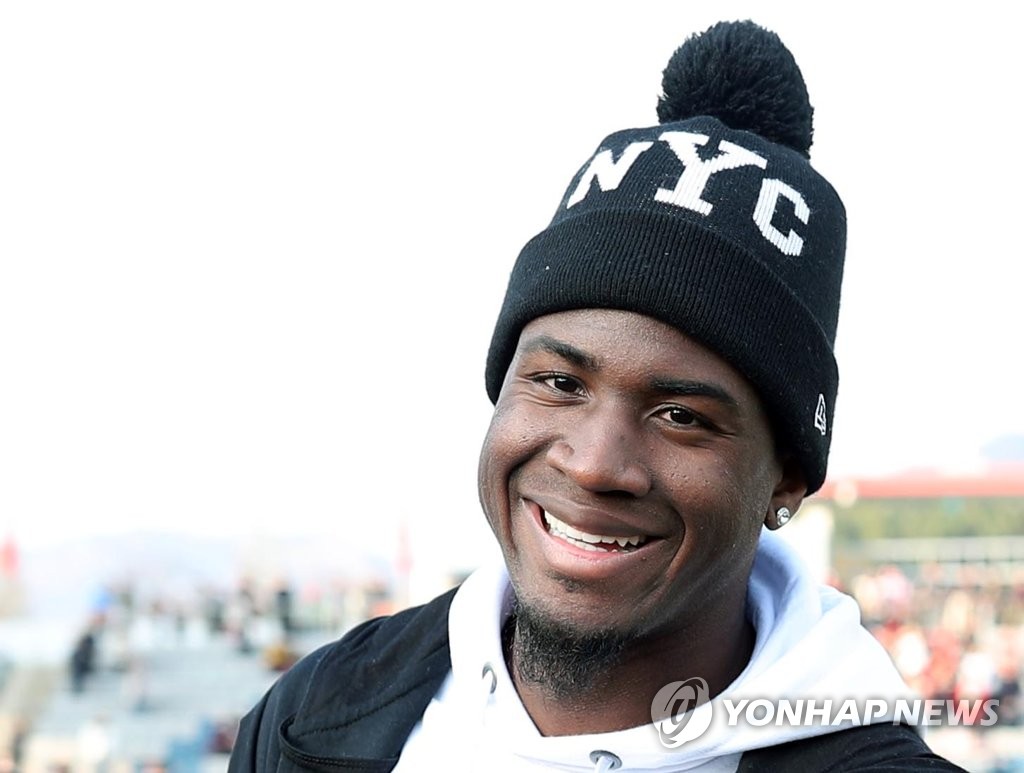