The BTS album, the finale of the "Love Yourself" trilogy, ranked 70th on the Billboard 200 chart for the week of Dec. 1.

It was the 13th week the album has stayed on the chart since it landed atop in September.

The album also retains its No. 1 spot on the World Albums chart, where BTS' previous "Love Yourself: Tear" and "Love Yourself: Her" albums ranked fourth and third, respectively.

BTS recently returned home from the Japanese leg of its world tour and is set to attend the Asia Artist Awards in Incheon, west of Seoul. They will resume their Japanese tour early next year. 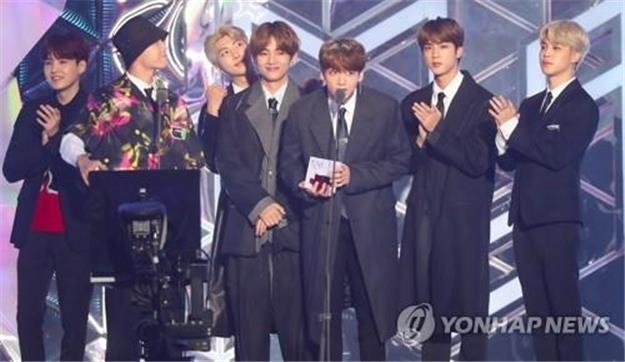