A chemical, believed to be hydrogen sulfide, leaked at around 1:08 p.m at the plant in the southern port city of Busan.

Eight people, including four workers and two drivers, were taken to various hospitals due to gas inhalation.

Hydrogen sulfide is a colorless, toxic gas that emits an unpleasant odor. Inhalation of the gas can result in vomiting, dizziness and difficulty in breathing.

Four people fell into unconsciousness, while four others were slightly injured.

When most of the victims were found lying on the factory's second floor, they were not wearing protective gear, fire officials said.

"I reported the accident to fire fighters after hearing screams and someone's request to call the 119 emergency line," a factory official said. "There was an awful gas smell on the second floor."

Authorities said that the gas appeared to have leaked due to an unknown chemical reaction when workers poured wastewater transported from another location into a water-collecting tank.

Fire officials said they will investigate the exact cause of the accident and look into whether factory workers abided by safety guidelines in handling wastewater. 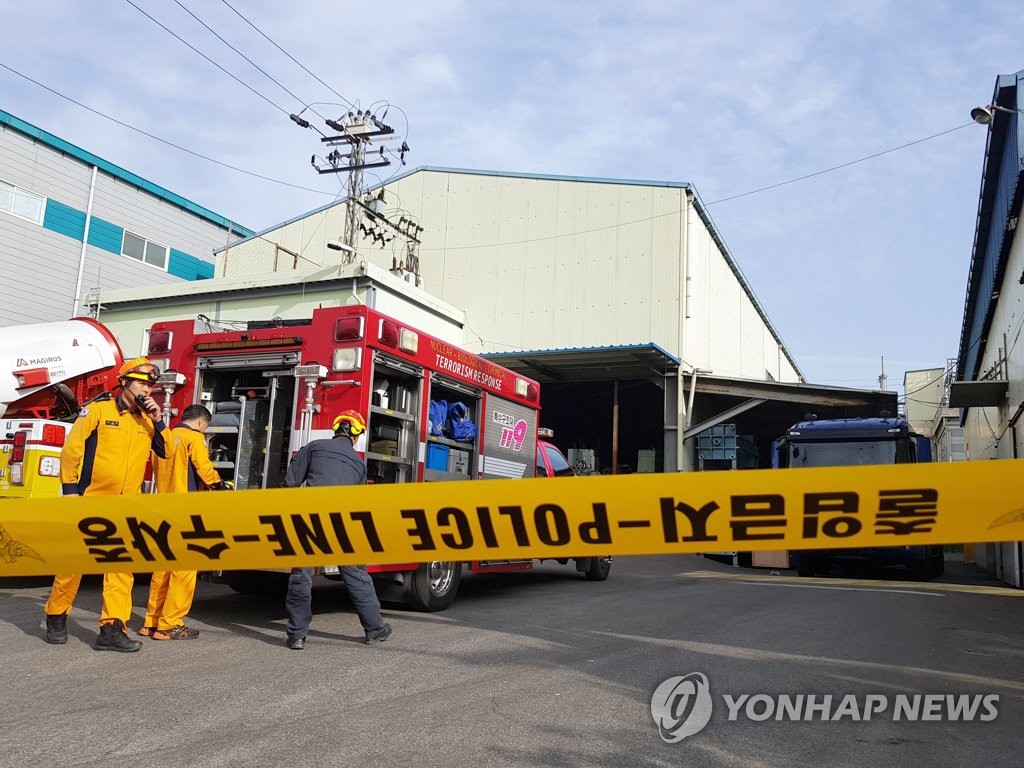