Truxima -- based on Rituxan, originally developed by Swiss pharmaceutical giant Roche Holding Ltd -- is Celltrion's second biosimilar to receive the green light from the FDA.

Truxima is used in the treatment of a number of diseases in adult patients, including rheumatoid arthritis and non-Hodgkin's lymphoma, a type of leukemia.

"The approval of Truxima is a significant milestone for Celltrion and, more notably, for the patients who need access to this important medication," CEO Kee Woo-sung said. "Truxima is the very first rituximab biosimilar to be approved in the United States for three non-Hodgkin's lymphoma indicators and may help provide greater accessibility for patients."

Truxima has been under FDA review since June following the resubmission of its application for marketing approval in May, when its first attempt failed due to production facility and manufacturing process issues.

Teva Pharmaceutical Industries Ltd. will market Truxima in the United States. The two companies entered into an exclusive partnership in October 2016 to commercialize the biosimilar in the U.S. and Canada. 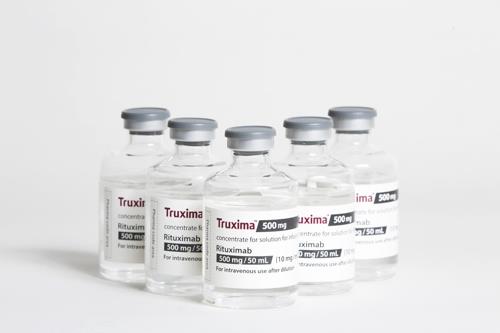