SEOUL, Nov. 29 (Yonhap) -- South Korea sent about 50 tons of pesticides to North Korea on Thursday to help it combat the spread of pine tree diseases, the unification ministry said.

Trucks carrying the chemicals crossed into the North via the western land route at around 8:30 a.m., according to the ministry. They will be unloaded in the North's border town of Kaesong.

Fifteen South Korean officials and forestry experts visited the North for the delivery, the ministry said.

They plan to visit areas around Kaesong affected by tree diseases and to hold a meeting with their North Korean counterparts to discuss ways to fight them.

The ministry said that the provision of the chemicals to the North does not constitute a violation of global sanctions imposed on Pyongyang in the wake of its nuclear and missile provocations.

South and North Korea jointly checked the damage caused by tree diseases in an area near Mount Kumgang on the North's east coast in August. 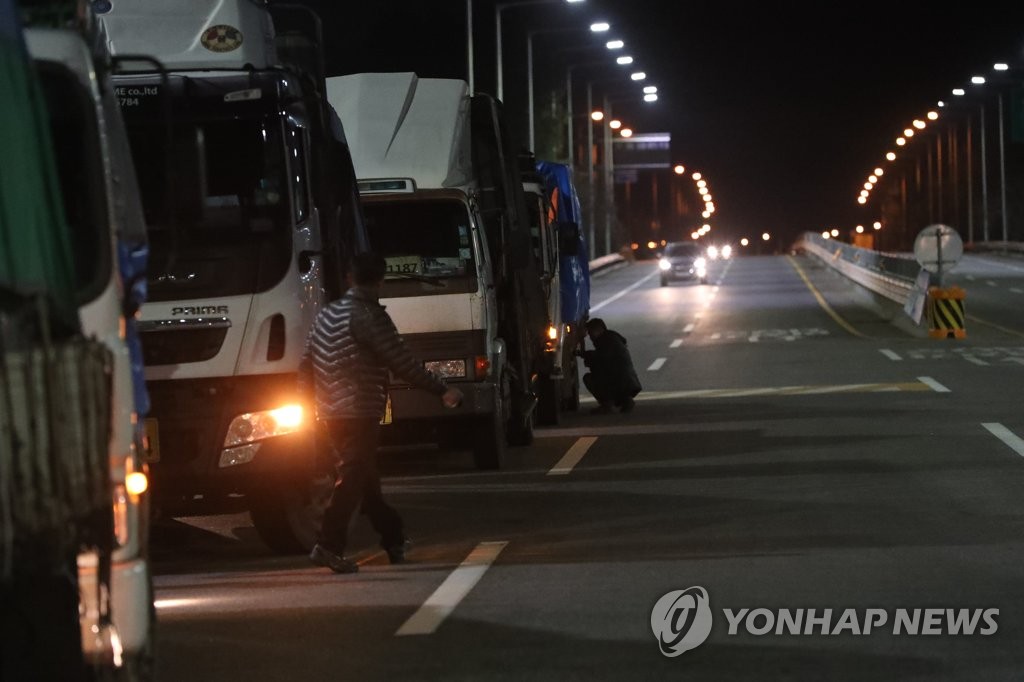