Onew will release his first solo album "Voice" on Dec. 5, which will be fronted by "Blue," a jazzy R&B song reminiscent of old pop songs, according to his management agency, SM Entertainment.

Including the lead song, the album has seven tracks. The album will be released on major on-line music stores.

It will be Onew's last music release before he joins the military on Dec. 10 for 21 months of full-time service. 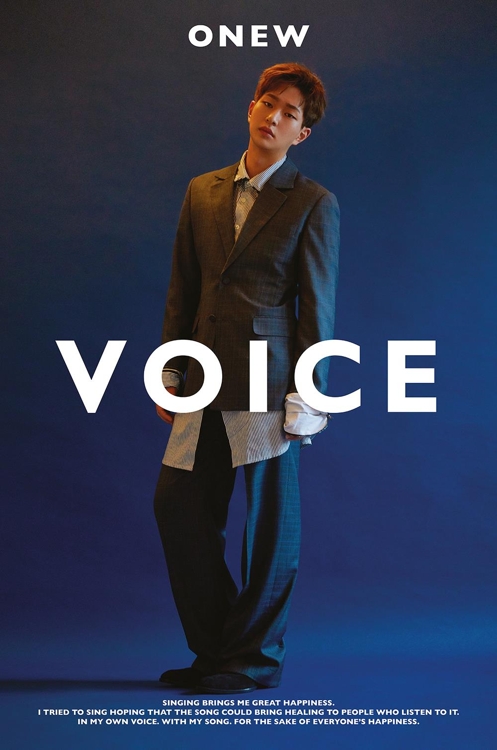 The solo album by Onew comes after another SHINee member, Key, dropped his solo debut album, "Face," earlier this week.

Taemin, the youngest member of SHINee, topped the Oricon daily album chart in Japan on Thursday with his first Japanese full-length album, "TAEMIN." The album is fronted by "Under My Skin" and has a total of 12 tracks.