SEOUL, Nov. 29 (Yonhap) -- The head of the United Nations told South Korean Foreign Minister Kang Kyung-wha that his organization will continue to support the denuclearization of the peninsula and the establishment of a peace regime, Kang's ministry said Thursday.

U.N. Secretary-General Antonio Guterres met with Kang in New York on Wednesday (local time), as the minister made a stopover there on her way to Panama.

Kang briefed him on the security situation in Korea and requested the U.N.'s constant cooperation in efforts to achieve the complete denuclearization of North Korea and lasting peace.

The U.N. leader reaffirmed support for Seoul's related initiative and asked it to keep playing a role in resolving other pending global issues, such as climate change, terrorism and refugees, the ministry said. 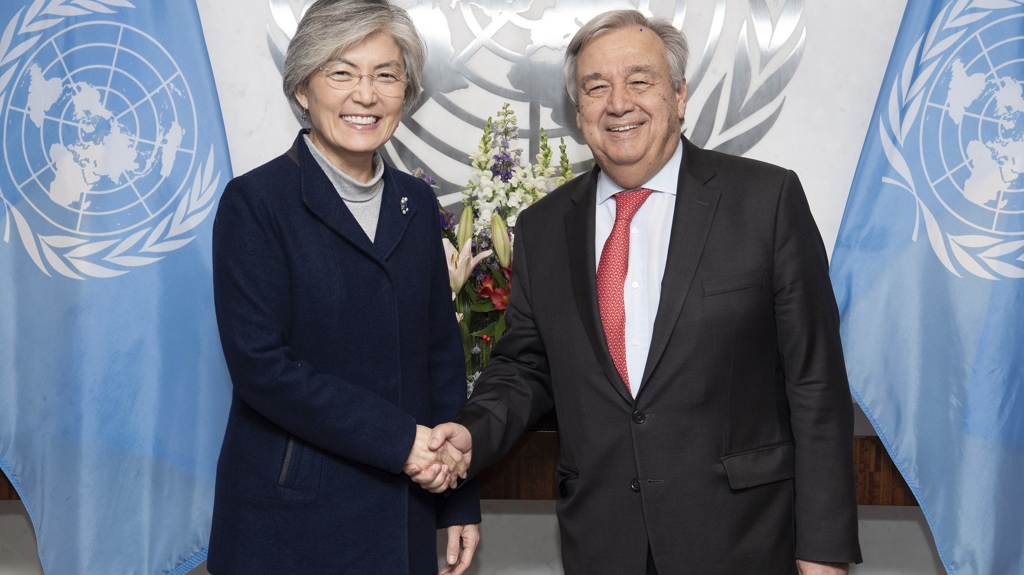 Kang also had separate talks with Deputy Secretary-General of the U.N. Amina Mohamed for discussions on U.N. reform measures, sustainable development goals and other issues.

The ministry said Kang's meetings with the top U.N. officials served as a chance to strengthen partnerships between the two sides.

After a trip to Panama, Kang will head to Mexico to attend the presidential inauguration ceremony of Andres Manuel Lopez Obrador on Saturday.