Users can now enjoy the game in full HD resolution that provides a resolution up to four times clearer than the original version that was first released in 1998, NCSOFT said.

"We are bringing the biggest change to Lineage that has built NCSOFT for the past 20 years," CEO Kim Taek-jin told reporters in Seoul. "I sincerely thank all the players."

The new version also adopts the so-called Play Support System function that has so far been available on the mobile platform, allowing users to enjoy the automatic hunting.

The function allows users to set a total of 35 different kinds, such as moving to a different hunting site and automatically returning to the original site, the company said.

"NCSOFT wanted to keep the 2-dimensional game side but at the same time provide clearer graphics," Lee Sung-gu, a managing director at NCSOFT, told reporters, emphasizing that the focus on the new version was on existing customers who have loved the game over the past two decades.

NCSOFT said it will begin preregistration at 2:00 p.m., and provide various coupons to celebrate the anniversary. 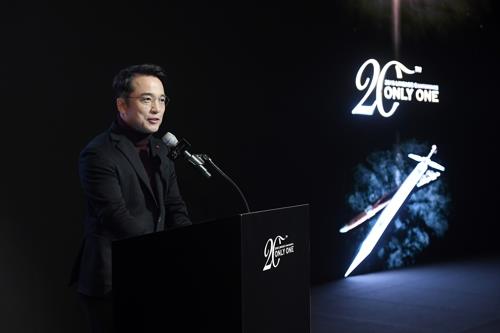