BEIJING, Nov. 29 (Yonhap) -- North Korean Foreign Minister Ri Yong-ho arrived in Beijing on Thursday, apparently on his way to Vietnam where he is expected to take a first-hand look at the Southeast Asian nation's reform policy.

Upon arrival at Beijing's Capital International Airport, Ri was greeted by the North's ambassador to China and other officials and left the airport. Ri is expected to take a flight to Vietnam later in the day as he is scheduled to make a four-day visit to the Southeast Asian nation starting Thursday.

According to airport officials, no direct flight to Vietnam is scheduled for the rest of the day, which means that Ri is expected to arrive in Hanoi late Thursday night.

The trip to Vietnam includes a courtesy call on Vietnamese Prime Minister Nguyen Xuan Phuc and a visit to an industrial complex in the northern Vietnamese city of Haiphong. 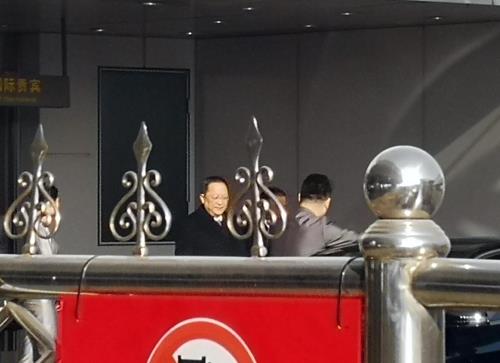