As widely expected, the monetary policy board of the Bank of Korea (BOK) voted to raise the rate by a quarter percentage point for the first time since November last year.

The bank has constantly mentioned that it is the right time to address adverse effects caused by yearslong low borrowing costs.

"The board judges that the domestic economy has generally expanded at a rate on par with its growth potential level," the BOK board said in a release, adding that modest improvements in private consumption and exports offset a decrease in construction and facility investment.

Gov. Lee Ju-yeol said the rate-hike decision was not unanimous in the seven-member panel, with Shin In-seok and Cho Dong-chul calling for a rate freeze. 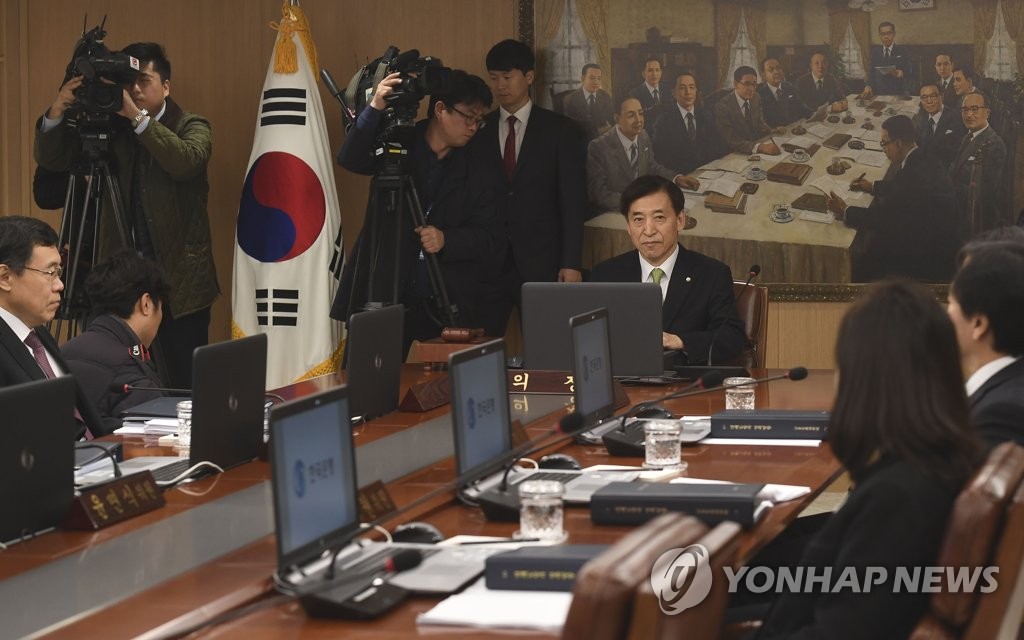 The BOK has been under pressure to adjust the rate throughout the year to curb high-flying real estate prices and ballooning household debt.

South Korea's household credit, which surpassed 1,500 trillion won (US$1.33 trillion) as of the end of September, has been on a record-breaking increase for nearly four years thanks to the government-led economy boosting measures and expansionary monetary policy.

Such eased borrowing cost and regulations have caused an excessive supply of liquidity in the market, inflating property prices.

The incumbent Moon Jae-in government, which took office in May last year, has been trying to cool down the overheated housing market and called the central bank on a higher interest rate.

Gov. Lee has continuously given hints at a rate increase in recent months, citing financial imbalance caused by a decade of low interest rates.

"To solve such problems, all government agencies and institutions have to put in concerted efforts," he said. "Along with the government's (housing) market-stabilizing measures and tightened banking guidelines, a rate increase will be effective in terms of financial stability."

Moreover, the central bank has to take the widening rate difference between South Korea and the U.S. into account in the remaining months of 2018.

With Friday's increase, the Korea-U.S. rate gap reduced to 0.50 percent.

A widening rate spread could spark an outflow of foreign investment from South Korea, where foreigners hold more than 30 percent of all stocks in the market. 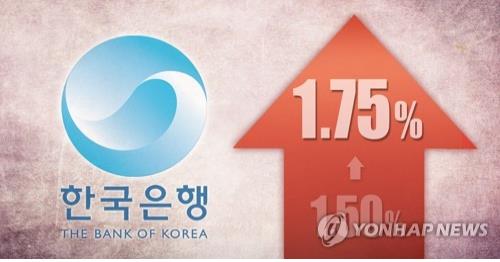 Apart from the financial market, however, the central bank has to consider some signs of an economic downturn, although it said the economy is broadly meeting its potential of 2.9 percent growth.

Due to sluggish data, major institutions have revised down their growth forecasts of the South Korean economy.

The BOK slashed its earlier growth forecast to 2.7 percent for 2018 from its initial figure of 3 percent, citing sluggish employment and investment. For 2019, Asia's fourth-largest economy will likely grow 2.7 percent.

The BOK chief also emphasized that the country's policy rate is still low enough that it can be called "expansionary."

"Despite an interest rate hike, South Korea's benchmark rate is still below the neutral rate of interest," he said. "The BOK's monetary stance is still accommodative."