The Dinos, which finished 10th in the Korea Baseball Organization (KBO) this year, said Friday the 29-year-old American right-hander agreed to a one-year deal worth US$1 million. The contract includes a $200,000 signing bonus and an option for another $200,000. 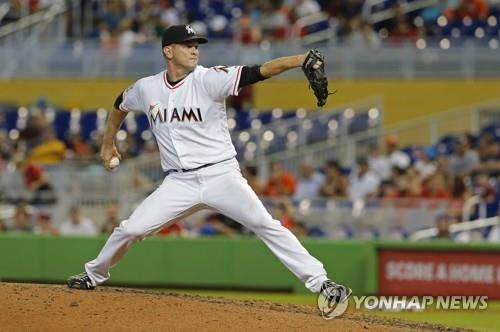 The Dinos said they're counting on Rucinski to bring some stability to their rotation. He will join the new team in spring training in Tucson, Arizona, in February.

After making the postseason for four consecutive seasons, the Dinos posted the worst record in the KBO this year at 58-85-1 (wins-losses-ties). They also had the worst team ERA at 5.48 and recorded the fewest strikeouts with 1,010.

KBO clubs can each sign up to two foreign pitchers. In 2018, the Dinos had American Logan Verrett and Taiwanese Wang Wei-Chung.