"Peace on the Korean Peninsula will be the foundation of peace in Northeast Asia and greatly contribute to global peace and stability," the South Korean leader said in a meeting of global leaders at the Group of 20 summit.

"With such a belief, I proposed forming an East Asian railway community in August, pending on complete denuclearization of the Korean Peninsula," he told the meeting, better known as the Retreat. 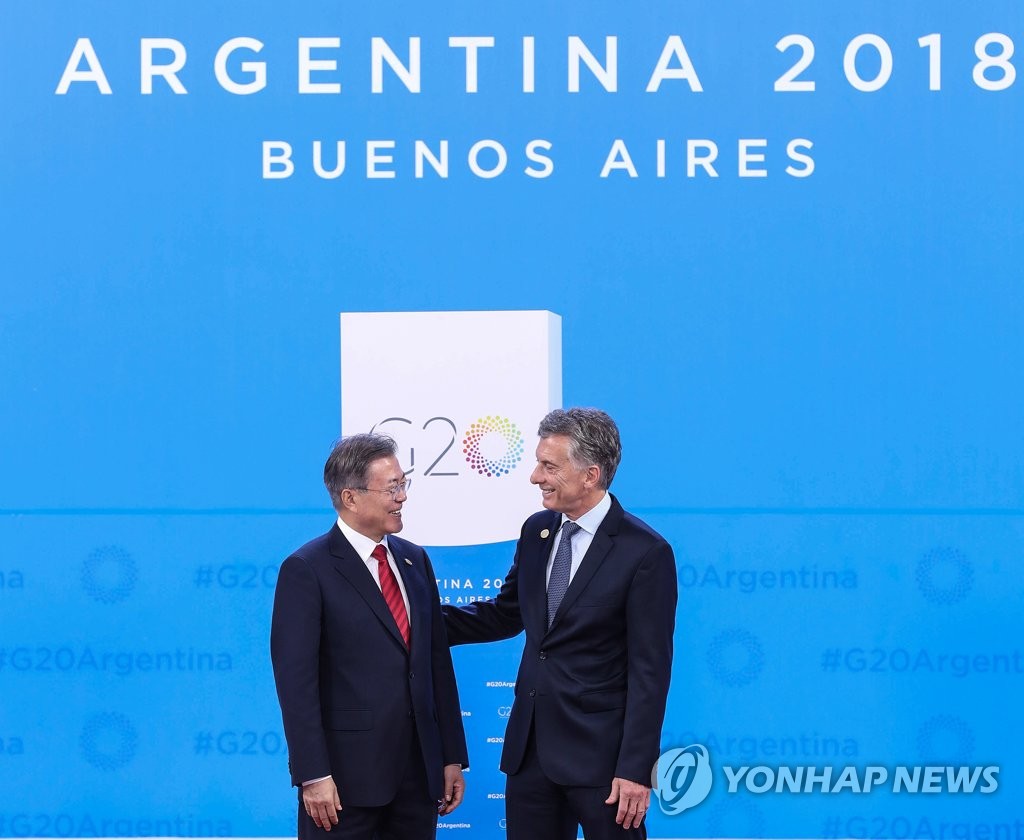 Moon's remarks came one day after the divided Koreas launched a joint inspection of North Korean railways, a move aimed at reconnecting the countries' railways across the border for the first time since the end of the 1950-53 Korean War and also an apparent first step in building a regional community.

"When a nuclear-free Korean Peninsula becomes a bridge between continents and seas, allowing people and goods to move freely, joint prosperity will become our reality," Moon said, according to a script of his speech released by his office Cheong Wa Dae.

"Sustainable development is possible only in peace. I believe peace on the Korean Peninsula is a way to contribute to humanity. I will ceaselessly work for peace. I ask for you, the G-20 leaders' active support and endorsement," he added.

"We must firmly adhere to the principles of free trade and also work together to reform the World Trade Organization for fair trade," the president said.

He urged the leaders to reflect on the birth of the G-20 summit in the wake of the 2008 global financial crisis and work to prevent recurrence of such a crisis.

"There now lies a new challenge before us. The global economy is showing signs of growth, but trade protectionism and trade disputes continue to threaten the free trade system," Moon insisted.

"Now is when the G-20 must again take responsibility. We must once again gather our wisdom and solidify our cooperation to maintain continued growth of the world economy and stabilize the financial market," he added.