Moon made a keynote speech at the first session of the Group of 20 summit held in Argentina's capital under the theme of global economy, future of work and empowering women.

"South Korea realized rapid growth that amazed the world but it shares the same problems with the rest of the world. Economic injustice and polarization deepened in the process of growth and job issues have become serious due to growth without employment," the president said, according to a script of his speech released by his office Cheong Wa Dae. 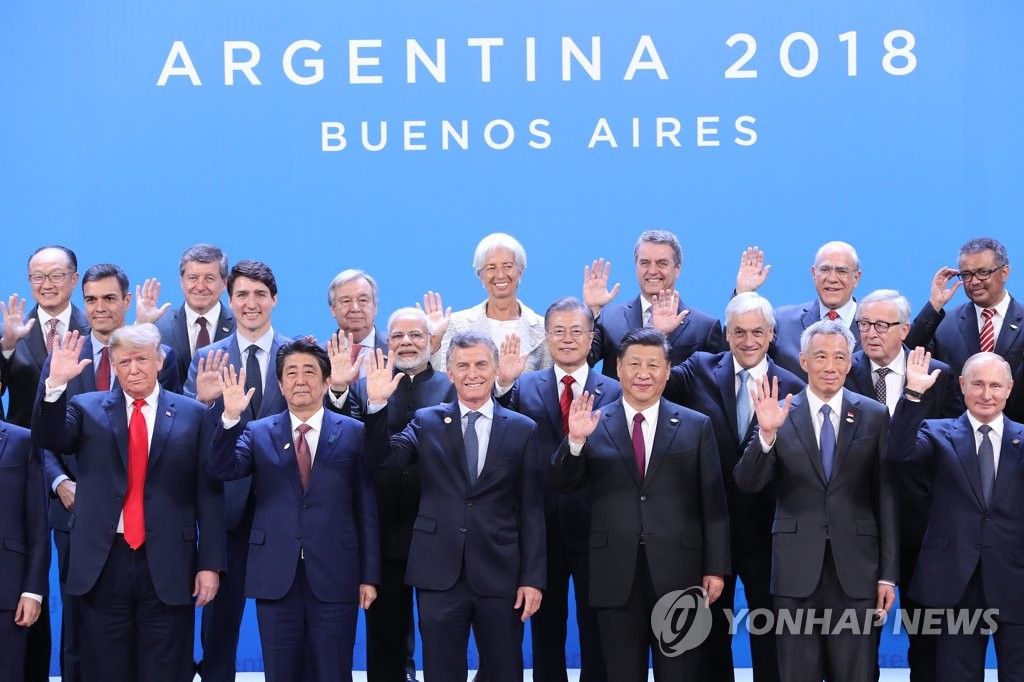 The South Korean president arrived here Thursday following his two-day visit to the Czech Republic. He is set to leave Saturday for New Zealand, the third and last stop in his three-nation tour that began Tuesday.

"Once people-centered economy takes root, inclusive growth that equally distributes the benefits of growth will become possible. We will be closer to strong, sustainable and balanced growth that was advocated in the leaders' joint statement at the 2009 G-20 summit," Moon said.

Moon insisted putting people first may also be an answer to new challenges that could be created by the fourth industrial revolution.

President Moon noted it was important for each country to try and include each and every person within their boundaries but also for the countries to work together to ensure inclusion of all people and states in the development process.

"I wish the experience of success and failures of each G-20 country, including South Korea, will be shared. I hope to see an expansion of global cooperation to make sure digitalization will not lead to increased gaps within a country or between countries," he said.