SEJONG, Nov. 30 (Yonhap) -- Tax revenue from the so-called comprehensive real estate tax is estimated to have risen 16.3 percent this year due to a spike in housing prices, data showed on Friday.

According to the data compiled by the National Tax Service, some 2.12 trillion won (US$1.87 billion) in comprehensive tax revenue is expected for this year.

The increase came as government-set home prices rose sharply in tandem with a gain in transaction prices. In South Korea, the government usually taxes land and homes based on its annual assessment value instead of the actual market value.

This year, the average gain in government-set values for homes rose by 10.19 percent, the sharpest gain in 11 years.

Some 466,000 home and building owners are subject to the comprehensive real estate taxation this year, up 66,000 or 16.5 percent from a year earlier, the data showed.

In September, the government unveiled a set of measures to cool off the local housing market by raising property tax rates and further curbing mortgage loans.

The comprehensive real estate tax, first introduced in 2005 under late President Roh Moo-hyun, has long been controversial here. Taxation on owners of expensive houses and owners of multiple homes during the Roh administration faced a strong backlash, which in turn led to a drop in the approval rating of the liberal government.

The conservative Lee Myung-bak government eased the tax scheme. But the incumbent Moon Jae-in administration, which shares most of the economic policies of the Roh administration, has vowed to impose heavy taxes on owners of high-priced homes and multiple homes, which it claims is the main cause of soaring home prices in Asia's fourth-largest economy. 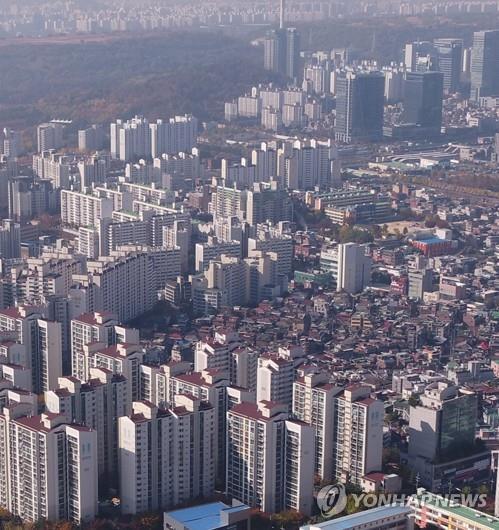