Foreigners and institutions bought local stocks, supporting the main index this past week. Individuals offloaded stocks amid uncertainties about the trade summit between the so-called G-2 economies -- the United States and China -- in Argentina from Nov. 30-Dec. 1.

"Meaningful headway at the talks between U.S. President Donald Trump and his Chinese counterpart, Xi Jinping, and perhaps a trade dispute ceasefire, will be a boost for the bourse," Yoo Myoung-gan, an analyst at Mirae Asset Daewoo, said.

The trade summit follows the tit-for-tat imposition of tariffs between the G-2 this year. The U.S. slapped additional duties on $250 billion worth of Chinese goods, and China responded with retaliatory tariffs on $110 billion of American imports.

Moreover, Trump has threatened to impose additional duties on Chinese goods from the current 10 percent to 25 percent starting in January.

Observers said that notwithstanding a lack of progress, even speculation of continuing talks that would entail no further tariffs between the two sides could encourage the market. 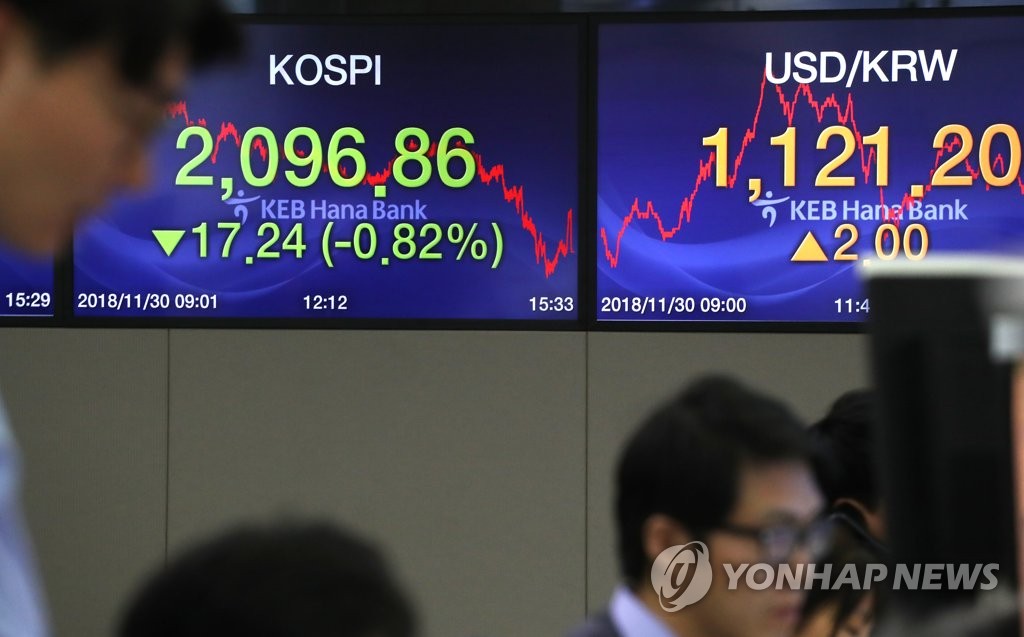