With its surveillance equipment, the South Korean military detected the soldier crossing the military demarcation line at 7:56 a.m., the JCS said.

"Related agencies plan to investigate him regarding the details of how he came to the South," the JCS said in a text message sent to reporters, adding that there were no "special activities" from the North Korean army on the front line.

"Following demolition of guard posts between the South and the North, our security operations on the front line have had no problem," a JCS official said. "The soldier is safely in our custody."

This is the first defection case after the two Koreas completely destroyed 10 front-line guard posts each and since the demining of a ridge in the Demilitarized Zone (DMZ) on Friday. 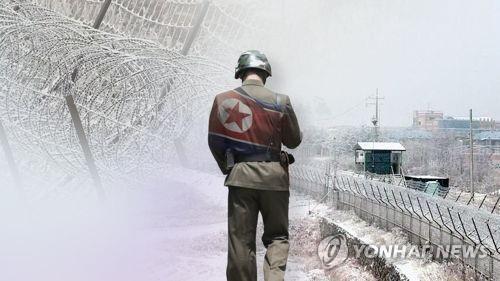