AUCKLAND, Dec. 2 (Yonhap) -- South Korean President Moon Jae-in arrived in Auckland on Sunday on a state visit that will include his summit with Prime Minister Jacinda Ardern.

New Zealand is the last stop in Moon's three-nation tour that began Tuesday with an unofficial visit to the Czech Republic, followed by a trip to Argentina for the annual Group of 20 summit. 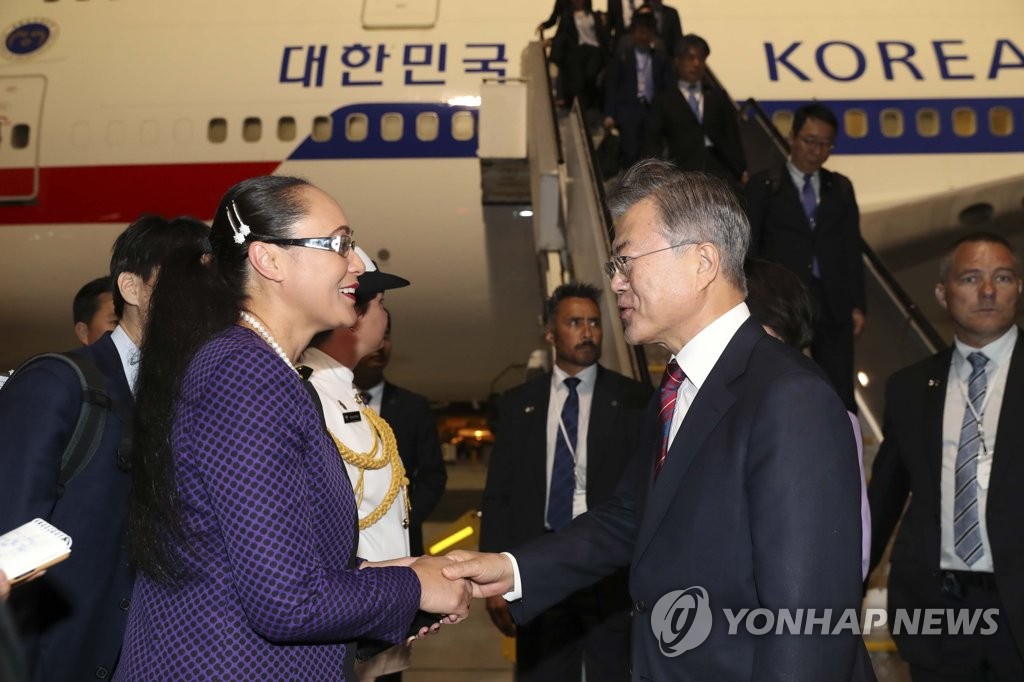 While en route to New Zealand aboard Air Force One, President Moon held an unscheduled press conference to personally explain the outcome of his ongoing trip, which included a bilateral summit with U.S. President Donald Trump.

Details of the press conference will be released early Monday.

An official welcome ceremony will be held Monday, following Moon's visit to the War Memorial Museum to pay his respects to those who fought and died in the 1950-53 Korean War.

He will head home Tuesday.