The KCNA said Kim first visited the May 27 Fishery Station and was pleased that it caught more than 60,000 tons of fish in a short period of time.

"Seeing the fish blocks filled at the freezing warehouse, he expressed great pleasure, saying they look like a treasure mountain and gold bars and the warehouse is almost filled with fish in a few days of the intensive fishing campaign," the KCNA said in an English-language report. 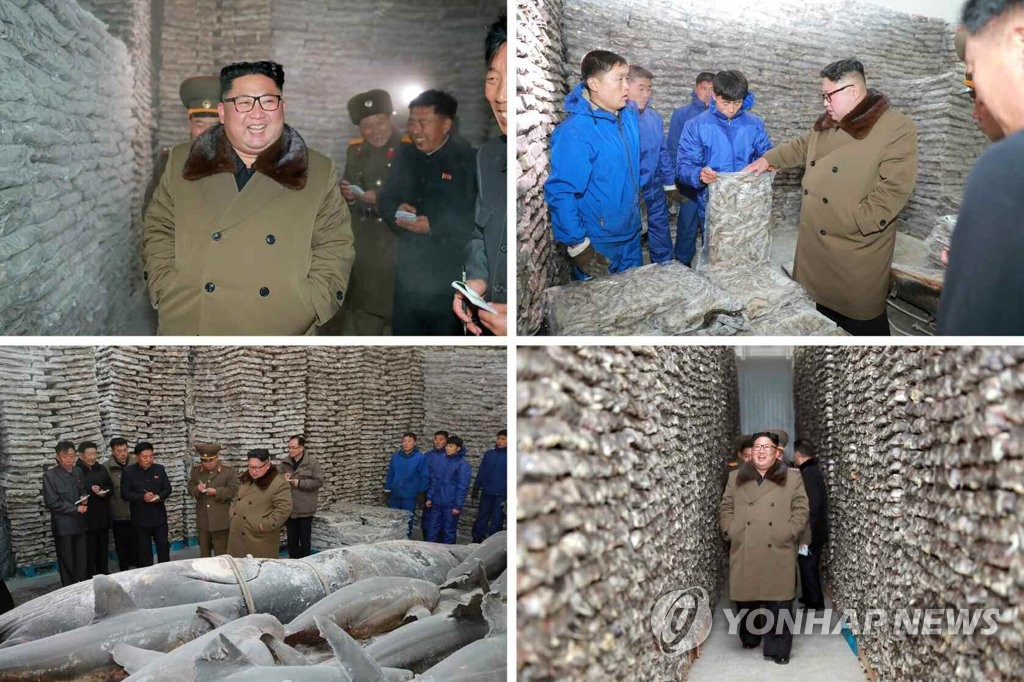 Kim then inspected the August 25 Fishery Station where he also looked around various places, including the processing shop, freezing warehouse and combined production control room.

"He expressed expectations and belief that the officials and employees of the August 25 Fishery Station would give a steady continuity to the history of big fish hauls in the future, too, as befit the pioneer and model which kindled a new torch in fishing," the KCNA said.

Next up was the January 8 Fishery Station, which provides fish to baby homes, orphanages, primary and middle schools for orphans and elderly people's homes across the country, according to the KCNA.

With his visit to the fishery stations, the KCNA reported Kim showed his will to solve the food problem in the country.

"He said that the food problem of the people and the service personnel can be solved satisfactorily when the agricultural production, animal husbandry and fishing are developed as the three main thrusts," the KCNA said. 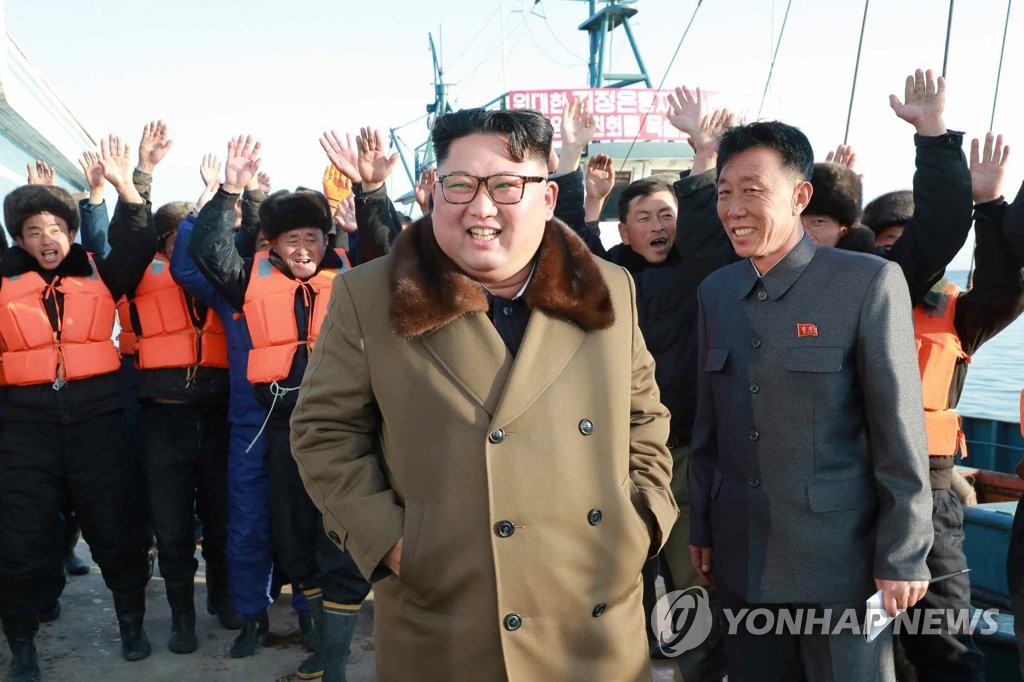 North Korea's state newspaper, Rodong Sinmun, also reported on Kim's visit to the fishery stations with 49 photos. On the trip, Kim was accompanied by Hwang Pyong-so, first vice department director of the Central Committee of the Workers' Party of Korea, and Army General So Hong-chan, first vice-minister of the People's Armed Forces, among other officials.