The fire started at around 10:58 p.m. in a room located on the second floor of the unmanned motel, where guests check in using a machine, and was put out at 11:28 p.m.

Firefighters found the bodies of an unidentified man and woman in a room and rescued nine others. Among them, five have been taken to a nearby hospital to be treated for smoke inhalation.

Police will request autopsies at the National Institute of Scientific Investigation to identify the exact cause of the death. Police are also working to figure out the two's identities.

The four-story motel is fitted with 30 rooms, among which 24 rooms were occupied at the time of the fire, police said. 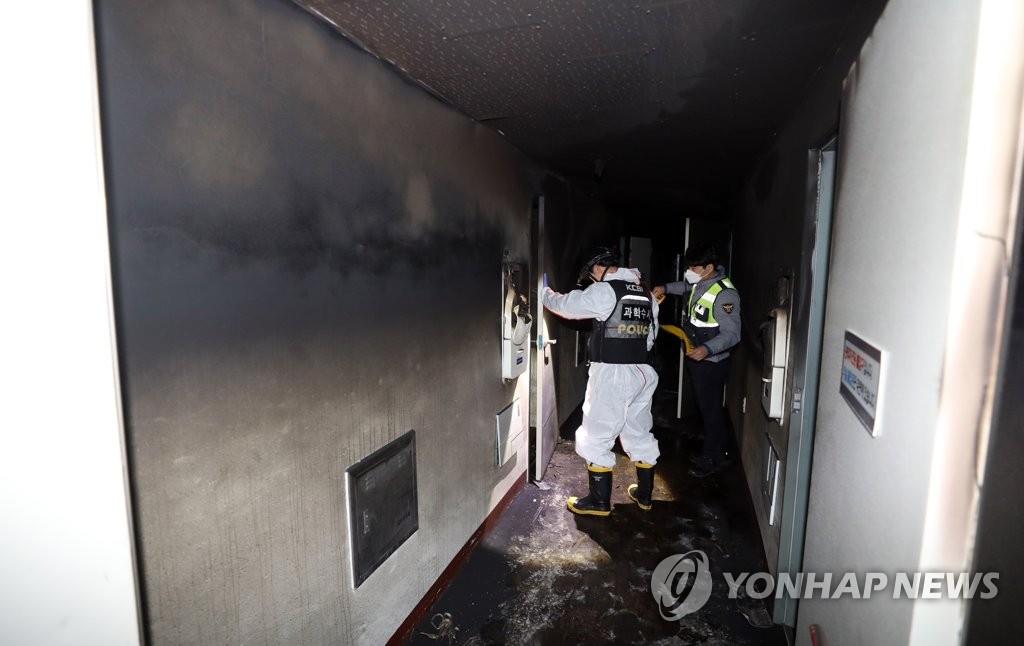 2 dead in motel fire in Yeosu

2 dead in motel fire in Yeosu