SEOUL, Dec. 2 (Yonhap) -- The construction of a large-scale science and technology center at a prestigious technology university in Pyongyang is nearly complete, a North Korean newspaper said Sunday.

The ruling Workers' Party's official newspaper Rodong Sinmun said the 14,000-square-meter research center is being built to mark the 70th anniversary of the foundation of Kim Chaek University of Technology in the capital city.

A similar institute is under construction inside Kim Il-sung University, the paper reported in August.

The recent move seems in line with the party's changed policy to focus more on economic development by actively investing in science and technology education to nurture young scientists to achieve economic independence amid tightening sanctions, and improve the livelihoods of the people. In April, the party stressed the critical role of scientific development and education to revive its ailing economy.

In September, North Korean leader Kim Jong-un visited Kim Chaek University of Technology, where he emphasized the importance of the school for the party to "materialize our strategic vision to build a country with scientific and technological prowess and great talents." 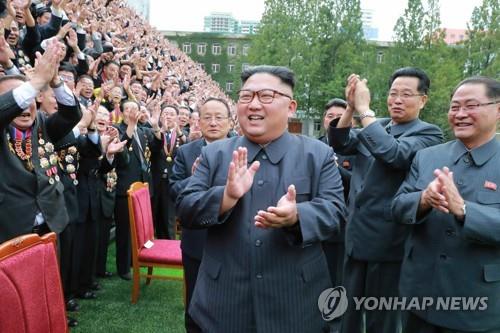