In an interview with Chosun Sinbo, Kim Il-guk, who also serves as the president of the North's Olympic Committee, said, "So many logistical issues arise in the process of bidding to host Olympic Games. Solving problems one by one will serve as an opportunity for the North and the South to understand, reconcile and unite with each other."

On the prospect of forming a unified team for the 2020 Tokyo Olympics, he said, "The two Koreas will demonstrate to the world the people's willingness to achieve peace and unification in the Tokyo Olympics." 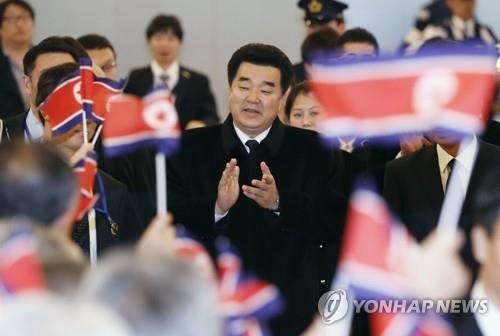 On Nov. 2, South and North Korea agreed to participate together in the upcoming Olympics and other international competitions, while cooperating on joint team issues with the International Olympic Committee (IOC) and the international federations of summer Olympic sports. The two also agreed to put together a joint bid for the 2032 Summer Olympics. No Olympic Games, summer or winter, have been shared by two countries before.

"Sports cooperation between the two has never been better in the current amicable mood created by positive feedback from international sports bodies, including the IOC," Kim said.

He also talked about the outcomes achieved by the joint teams during the 2018 PyeongChang Winter Olympics.

"We successfully proved that we can do anything if we take our issues in our own hands, and that unification is not far away," Kim said.