"Conglomerates (particularly in the shipbuilding and shipping industries) are in the process of wrapping up their restructuring measures. Increased home-backed mortgages also resulted in a decline in NPLs in the third quarter," the statement said.

The value of NPLs, or bad debts, decreased 8.2 percent to 17.8 trillion won (US$15.9 billion) at the end of the third quarter compared to a year earlier, it said.

The FSS said it will have banks put aside an ample amount of loan-loss provisions to offset any financial losses. 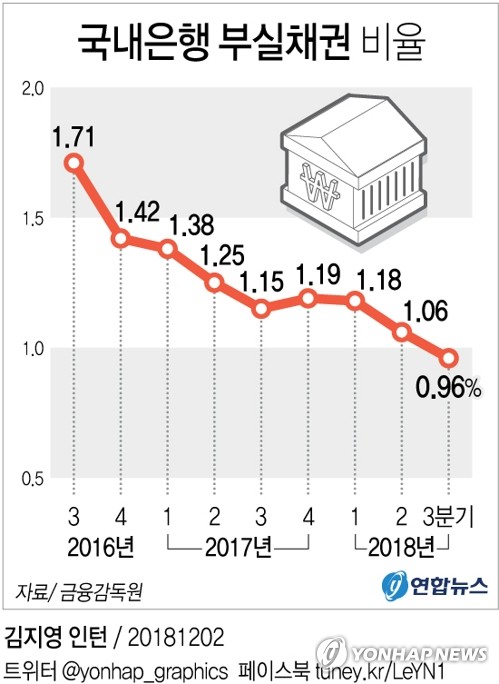