SEOUL, Dec. 3 (Yonhap) -- Lee Cook-jong, a well-known South Korean trauma surgeon, will be appointed as an honorary commander of the Navy in recognition of his contribution to the military medical service, the Navy said Monday.

Adm. Sim Seung-seob, chief of naval operations, plans to host a related ceremony for Lee, head of the regional trauma center at Ajou University Hospital in Suwon, south of Seoul.

Lee was first given the position of honorary lieutenant for his successful treatment of a local freighter skipper severely injured by Somali pirates during a dramatic Navy rescue operation in the Gulf of Aden in 2011. 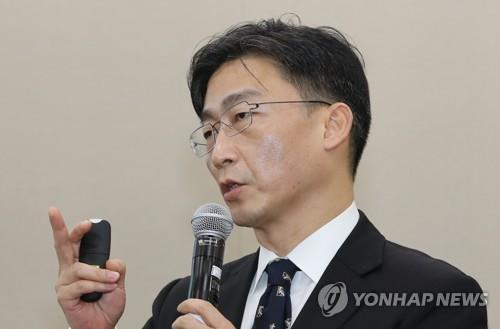 He was promoted to the unofficial rank of lieutenant commander in 2015.

Last week, the Navy decided to promote him again to the post of honorary commander.

"It's a very big honor," Lee said. "I will endeavor to help develop the medical sector of the Navy going forward."

In 2017, Lee gained more popularity for treating a North Korean soldier who suffered multiple gunshot wounds while running across the Military Demarcation Line.