"We believe Lee is the right person to take Suwon to the next level," Suwon said. "He is a coach who always studies and is not afraid of taking on challenges. He also has lots of field experience and has good understanding of this club."

Lee, 47, will succeed Seo Jung-won who served at Suwon from 2013. Seo quit his job in August, but returned to the post in October to manage the club for the remainder of the season.

Lee, a renowned defender who represented South Korea at the 1998 FIFA World Cup, hung up his playing boots in 2003. He then worked for Suwon as a trainer and was promoted to assistant coach in 2006.

In 2010, he became head coach for Home United FC and guided the Singapore club until 2014. He moved to China the following year and spent a brief stint with Shenzen FC. Lee then worked as chief assistant coach for Yanbian Funde and Tianjin Teda.

After serving as Tianjin Teda's caretaker manager, Lee returned to South Korea last November after he was named the KFA technical development committee chief. However, he resigned from the post in July for personal reasons. 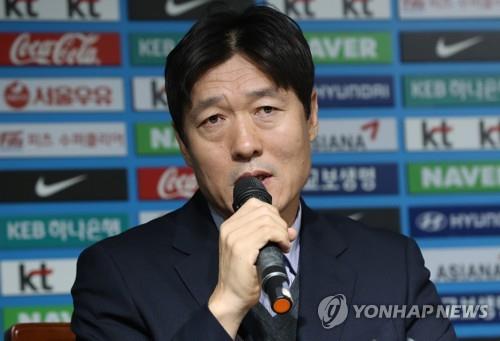