The Seoul Central District Prosecutors' Office requested the writs against Ko Young-han and Park Byong-dae, it said. They face charges of abuse of power and obstruction of justice, among others.

They were interrogated by the prosecution last month.

Prosecutors suspect that Yang instructed his officials to exert pressure on judges in charge to deliver a verdict in Park's favor.

Ko served as the NCA chief from February 2016 to May 2017 and retired in August this year. Park was his predecessor.

Ko is also accused of covering up an appeals court judge's wrongdoing in the southeastern city of Busan in 2016 because he had close ties with a then presidential secretary and Yang needed their connection to lobby the Cheong Wa Dae.

They both have denied any wrongdoing.

Prosecutors have indicted a former NCA deputy head for being the key man in carrying out Yang's schemes. With the two ex-top court justices facing possible arrests, it is likely that the prosecution's next move will eventually target Yang. 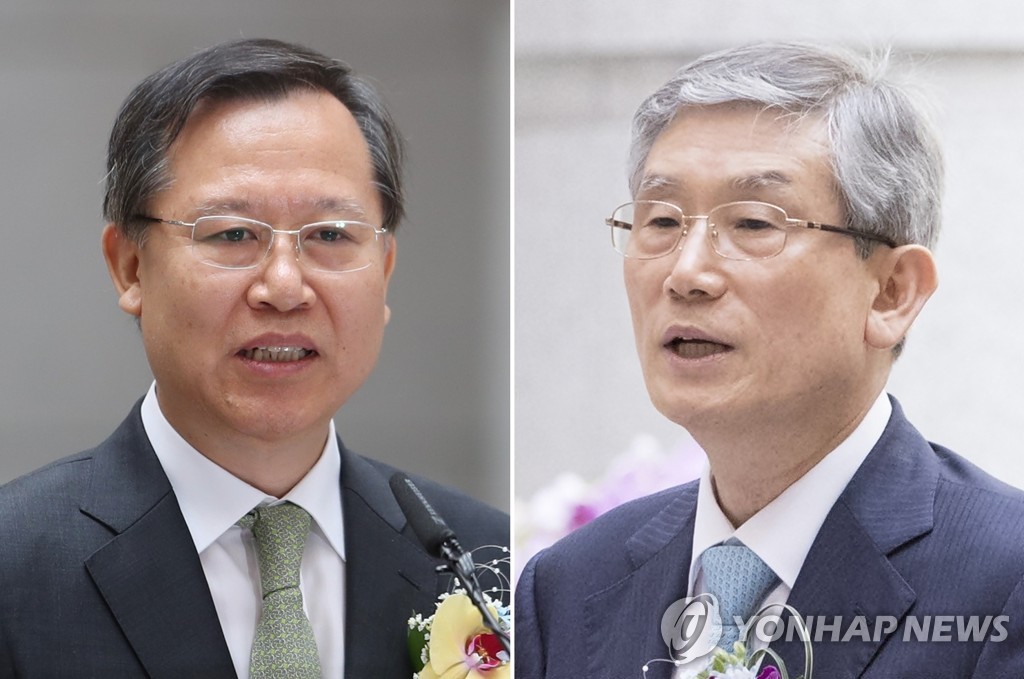