In February, his Seoul concerts, "Seungri 1st Solo Tour [The Great Seungri] Final in Seoul," will be held at SK Olympic Handball Gymnasium located at the Olympic Park in eastern Seoul, on the 16th and 17th.

His agency said the concerts will be his last before joining the military sometime in the first half of next year. The exact date of enrollment has yet to be decided.

Other members of the popular boy group are all serving their military duty. 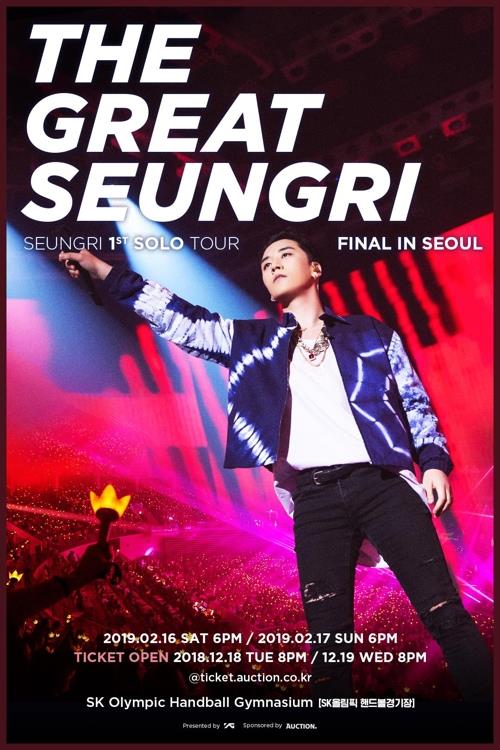