SEOUL, Dec. 3 (Yonhap) -- An increase in the percentage of full-time workers drives up labor productivity to some extent, a report said Monday.

The corresponding number of temporary employees fell slightly to 16.5 percent from 17 percent over the cited period, while that of non-salaried workers dropped to 26 percent from 33.1 percent.

It is still far lower than 73.6 percent, the average of 29 Organization for Economic Cooperation Development (OECD) countries, in terms of the weight of full-time jobs.

But Asia's fourth-largest economy has shown sharp improvement in labor productivity during the 10-year period.

The country's labor productivity rose an annual average of 1.9 percent to US$67,000 in the 2006-2015 span, marking the fifth-fastest increase among the 29 surveyed nations.

The average productivity of the OECD countries climbed 0.8 percent to $85,000 over the same period.

Author Lee Ji-eun, an economist at BOK, said the enhanced labor productivity was attributable to an increase in full-time workers who have higher loyalty to their employers.

"They are more motivated thanks to higher compensation and job security," Lee said. "But as growing number of permanent positions come with higher payrolls, companies are keeping close tabs on productivity and increased labor costs." 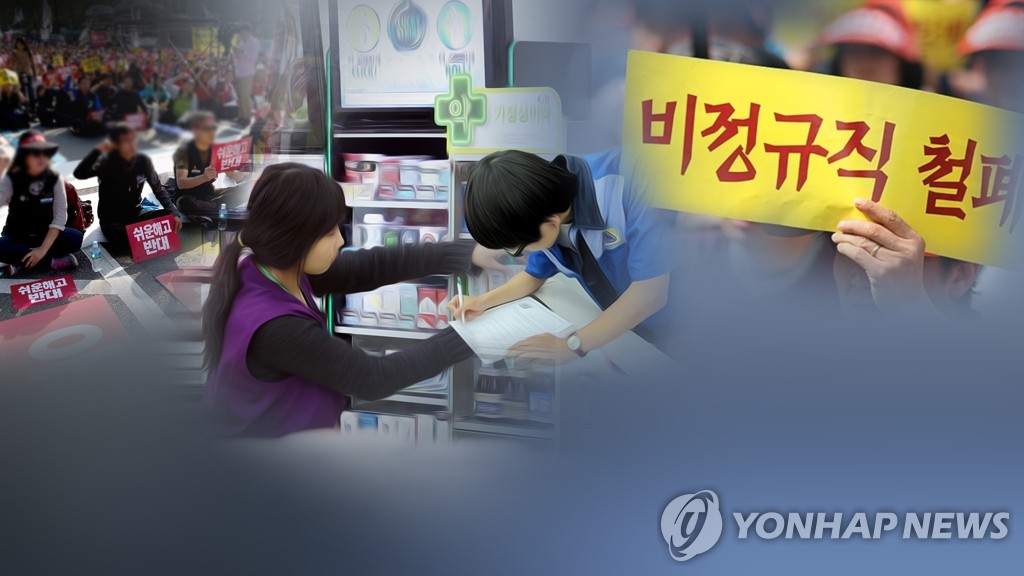