SEOUL, Dec. 3 (Yonhap) -- South Korea's parliament is set to open a plenary session Monday over the government's 2019 budget proposal amid lingering partisan wrangling over the schedule for its passage.

The session will convene at 5 p.m. to handle the government's record 470.5 trillion won (US$421.8 billion) budget bill in its original form.

A legal deadline to approve the bill passed Sunday, but rival parties have yet to complete their review of it amid partisan tensions.

The session is widely expected to adjourn after the government explains its stance on the proposal, given that the parties have yet to submit a revised bill. Opposition parties will likely also boycott the session.

Political parties mainly bickered over an expected 4 trillion-won shortfall in tax revenue and budget set aside for inter-Korean projects and job creation.

At a meeting with the floor leaders of rival parties, National Assembly Speaker Moon Hee-sang warned that he will open a plenary session later in the day to handle the proposal unless the parties reach a compromise.

He also said that if the parties submit a revised budget bill, he will put it up for vote after adjourning the session.

"As parliamentary speaker, if I do not take any action and watch the three parties' discussions, that would be a shameful act to the people and is not my duty to them," Speaker Moon said in a statement.

The ruling Democratic Party (DP) called for the immediate opening of a plenary session as the deadline has already passed. But two opposition parties proposed holding a session on Friday, citing the need to thoroughly review the bill.

The passage of the budget proposal also hit a snag as minor parties sought to pass it in tandem with their push for parliamentary election reform.

Last week, the minor opposition Bareunmirae Party and two other parties called on bigger rivals to immediately join a push to adopt a new proportional representation system in which parliamentary seats would be tied to the percentage of voters' support for the parties.

The DP and the main opposition Liberty Korea Party remain lukewarm toward the minor parties' proposal.

As a deadline for official reviews on the budget by a parliamentary committee passed Friday, rival parties are reviewing the budget proposal through unofficial, closed-door consultations. 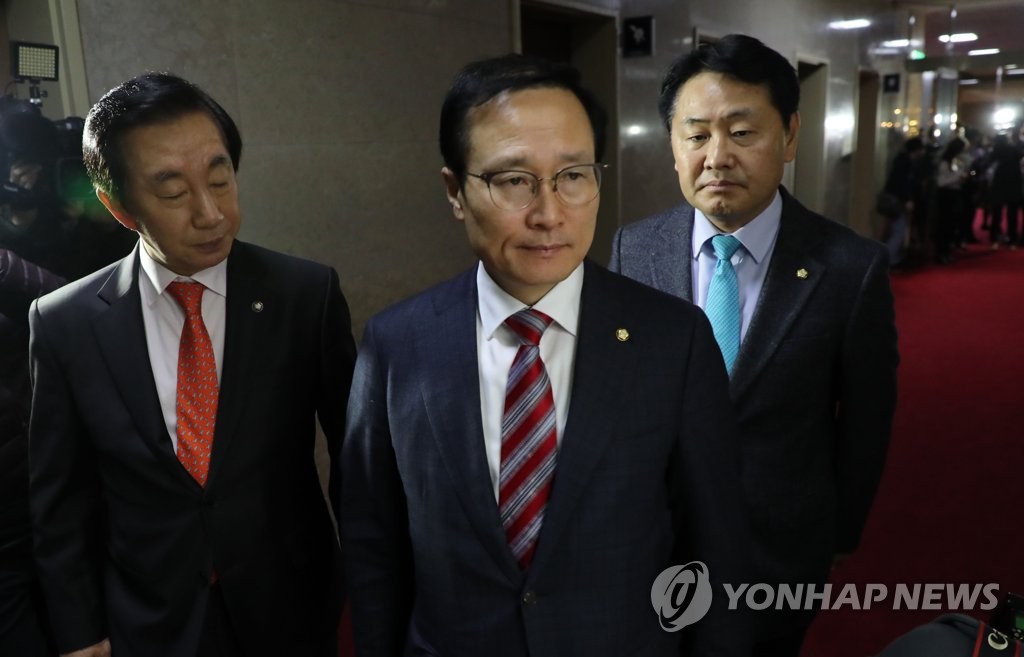