The allies launched the new communication channel in November as part of efforts to coordinate their approach toward Pyongyang more systematically and frequently amid concerns about a possible schism over the issue of sanctions. 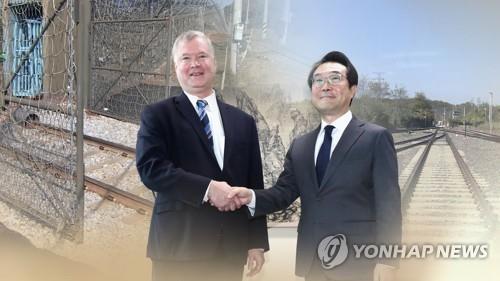 Also on hand were officials from the presidential offices and South Korea's unification ministry, which is in charge of inter-Korean cooperation.

The two sides want to have the second session of the working group this week and consultations are under way to fix a date, according to the source.

If held, it will likely take the form of videoconferencing, the source added.

The allies plan to have a working group session twice a month, either in direct talks or by videoconference, with some flexibility on the scheduling.