The group said its affiliate, Hyundai Samho Heavy Industries Co., won the deal to supply two tankers with a capacity of 174,000 cubic meters of LNG.

The size of the contract is estimated at US$370 million. Hyundai said it will hand over the carriers in mid-2021.

Industry watchers said the demand for LNG carriers has been increasing recently around the globe due to China's eco-friendly energy policy, coupled with the United States' aggressive exports of energy products.

Hyundai Heavy Industries said the group is expected to exceed the annual target, as it is currently holding talks on other potential business deals with partners. 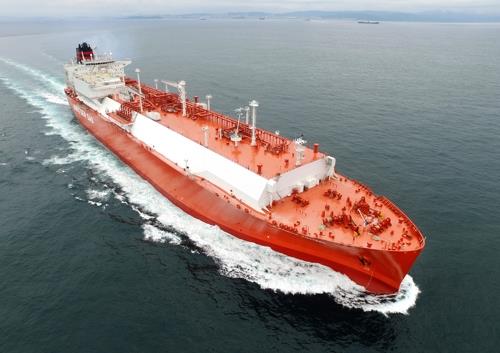