On the sidelines of the Group of 20 summit, U.S. President Donald Trump and his Chinese counterpart Xi Jinping agreed to delay the implementation of a tariff hike slated for next month.

The overnight news that Washington and Beijing agreed to a cease-fire in their trade war pushed up stock markets across the globe.

Here in South Korea, foreign investors led the rally, scooping up a net 3.23 billion won worth of local shares, along with institutions that purchased a net 1.33 billion won.

"The trade issue has bothered investors for months. Now, the uncertainties were wiped out to a large extent," said analyst Cho Byung-hyun from Yuanta Securities Korea Co. "Although the agreement is temporary, the two sides decided to start talking. It's important." 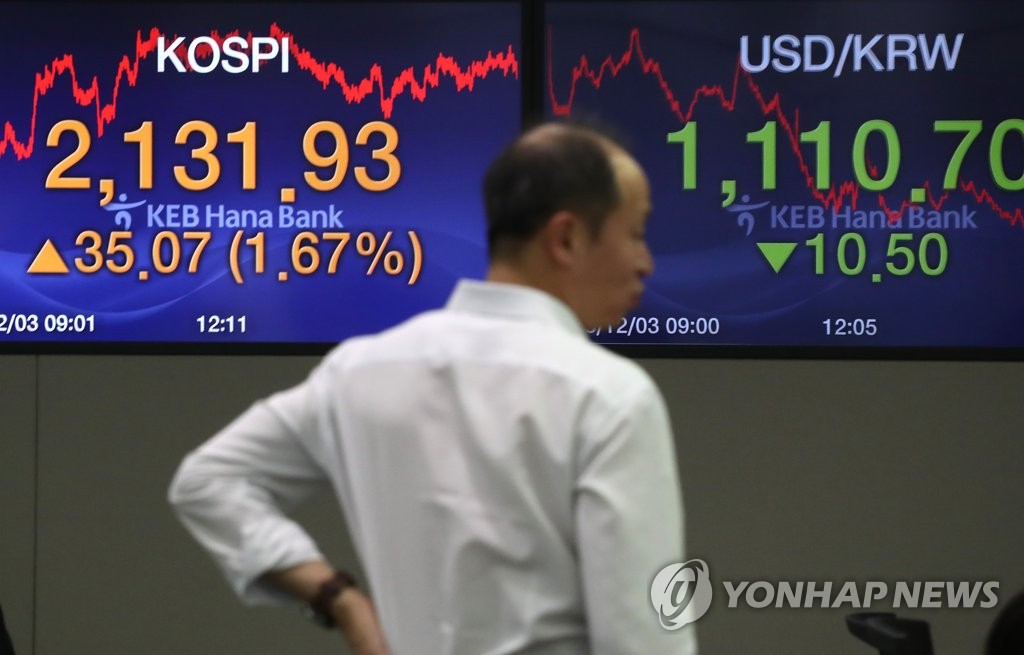