Moon finished the 2018 K League 1 season with 14 goals in 37 matches, the most among South Korean players. He also bagged six assists.

With his impressive performance, Moon was one of the candidates for the All-K League 1 squad for the 2018 season in the forward category.

"Last year, I wasn't invited to the K League Awards, so I went to the United States for my winter vacation," Moon said ahead of this year's awards. "This season, I wanted to attend the K League Awards and post at least 15 in combined goals and assist stats, and I feel proud that I have achieved both." 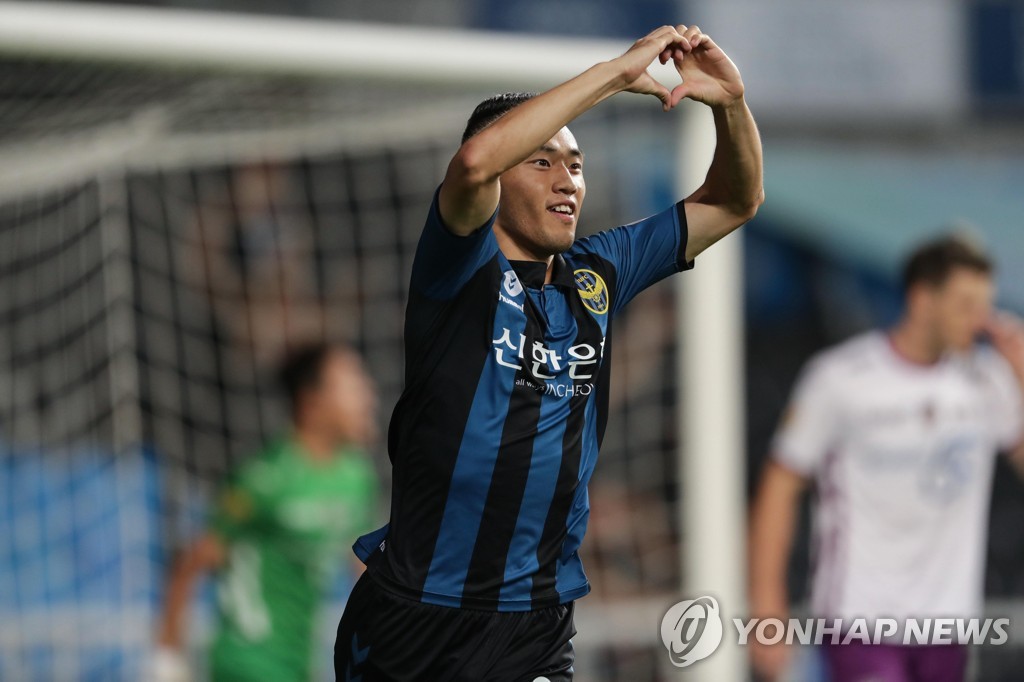 Moon had a busy season. The 26-year-old was one of South Korea's surprise selections for the 2018 FIFA World Cup, where he played two matches. In the K League 1, his club Incheon had to fight until the season finale to avoid second division relegation.

"I really had a hectic season," he said. "But looking back, I feel thankful for all those times because it made me grow."

Moon said the 2018 World Cup made him a better player in the K League 1.

"I was able to play against world-class players," he said. "And I learned a lot about game tempo, and it helped me to perform well in the K League 1."

Moon, who made his pro debut in Sweden in 2012, came to the K League 1 in 2017. The former Djurgardens IF player said he wants to become a player who can deliver steady performances at a high level.

"It's really difficult to maintain this kind of performance," he said. "Next season, I want to perform better than I did (this season), but you know, it's not easy."

Although he has achieved his goals in the K League 1, Moon said he has one more goal remaining this year, which is to make the national football team roster for the 2019 Asian Football Confederation (AFC) Asian Cup.

Moon is considered to be a safe pick for head coach Paulo Bento. He is one of the few players to have played in all six matches under Bento, who took over the helm in August.

"I really want to go to the Asian Cup," he said. "I will try to survive in the national football team to become a better player." 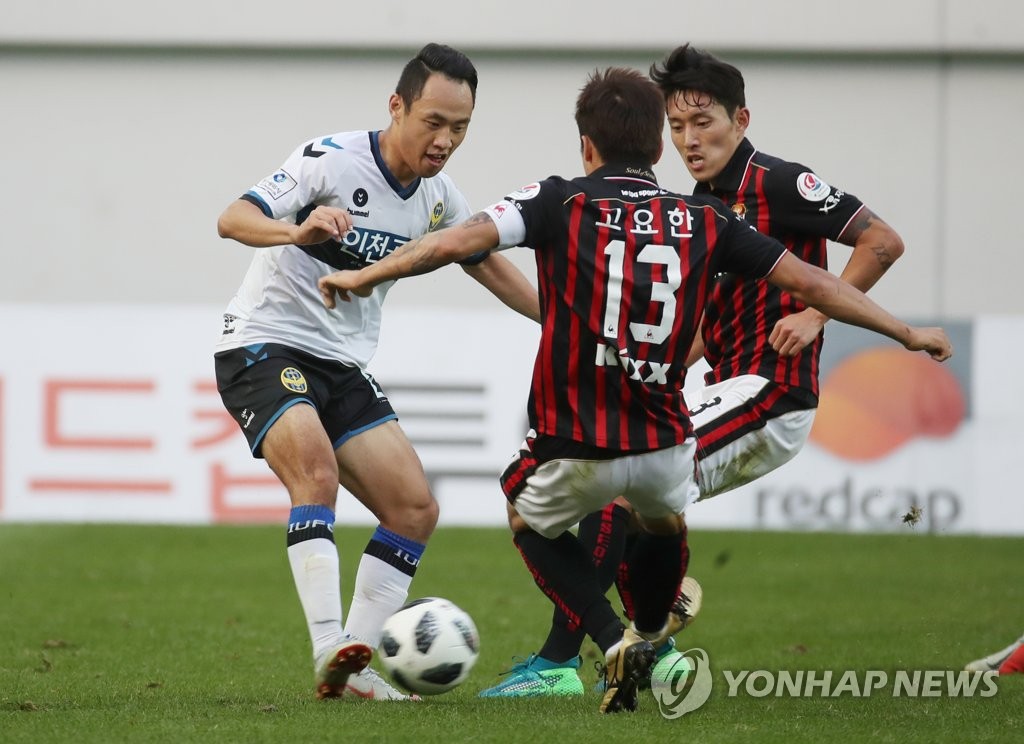