Kim, former star striker in the 1980s, led Gyeongnam to a surprise second-place finish in the K League 1 in their return season to the first division. Gyeongnam won the second division K League 2 last year to earn promotion to the K League 1.

"I think we earned a result that is more precious than winning the league," Kim told reporters before the 2018 K League 1 Awards, where he was nominated as one of the four Coach of Year award candidates. "Personally, I feel more happy than scoring a goal at the World Cup."

With their superb performance, Gyeongnam will make their first ever appearance in the Asian Football Confederation Champions League (ACL) next season. Gyeongnam will meet Malaysian league champions Johor Darul Ta'zim and two teams from the playoffs in Group E.

"Like we did in the K League 1, we also want to create a sensation in the ACL," he said. "We want to reach the semifinals at least."

For his teams' superb performance this season, Kim said that all of the players and coaches were desperate and eager to make something happen in the K League 1. 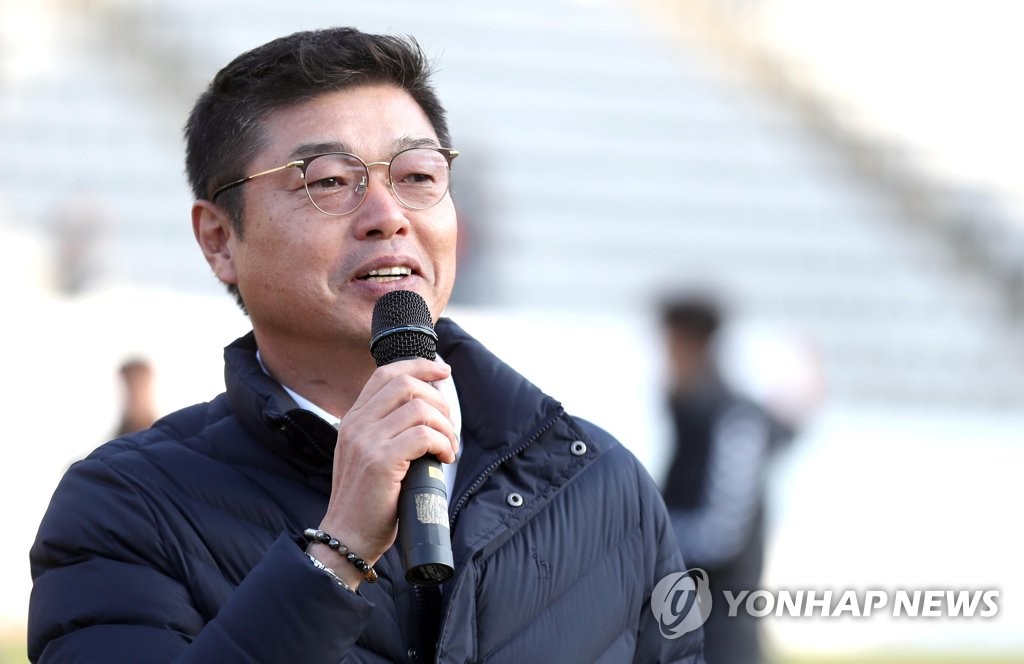 "Everyone wanted to achieve something, and we were all motivated," he said. "We focused on the basics and that brought us good results."

Gyeongnam's performance was largely anchored by Brazilian striker Marcos Vinicius Amaral Alves, commonly known as Marcao. The 23-year-old finished the season as the top scorer with 26 goals in 31 matches and is one of the four candidates for the K League 1 MVP honor.

When asked about his secret to control his foreign players, Kim said patience was the key.

"It was difficult to manage Marcao because he is a player who gets on an emotional rollercoaster often," he said. "But I waited and waited until he makes changes. I applied this principle to players like Negueba and Kunimoto." 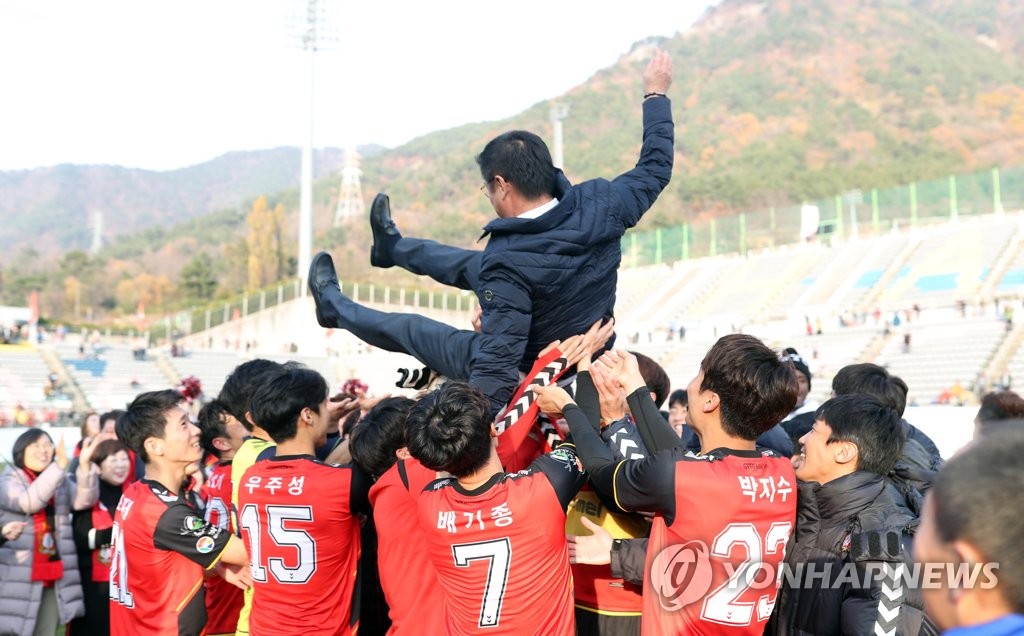 Kim admitted that it is likely that Marcao will be sold to another club next season. He has been linked with moves to China and to the Middle East.

"It has already become a fact that he'll not be with us next season," Kim said. "It's difficult for Gyeongnam to keep Marcao with their current budget."

Kim said it would be the best option if Marcao stayed with the club, but if that doesn't happen, he will try to boost the squad with new players using the money that they will earn from Marcao's transfer.

"If we can build our squad with that money, I think we'll be able to make something happen in the ACL," he said. "But I must admit that it's hard to find a player like Marcao who has superb finishing skills and power."