JEJU, South Korea, Dec. 3 (Yonhap) -- A 25-year-old man has been sentenced to one year and a half in prison for physically abusing his two-year-old son, court officials said Monday.

The Jeju District Court handed down the jail term to the defendant, a resident of Jeju Island identified only by his surname, Kim, who was accused of leaving his son alone at a neighborhood playground overnight because the child was whining.

The court also ordered that Kim be immediately put under detention on charges of violating the Children's Welfare Law and take a 120-hour child abuse treatment program. 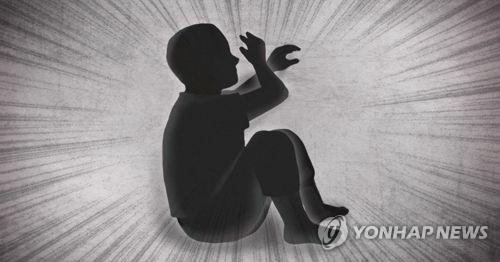 According to court records, Kim took his son from their home in the city of Seogwipo to a neighborhood playground at 11:17 p.m. on Aug. 27 last year on the grounds that the child kept whining and would not go to sleep. The father then returned home, leaving his son alone in the playground. The child was found by an apartment guard the following morning.

Kim was also indicted for causing more than 30 burns on his son's body with mosquito repellent incense and cigarettes but the court acquitted him of the charges.

"Kim, as the real father of the child, is in a position to protect and foster the victim in a healthy and emotionally stable condition. But his crime is very grave because he abused the defenseless child," Judge Song Jae-yun said in a ruling.