From this year, the K League changed the voting system for the awards. Previously, only registered media members could cast votes, but club captains and head coaches also took part from this season, each having 30 percent weight in voting. 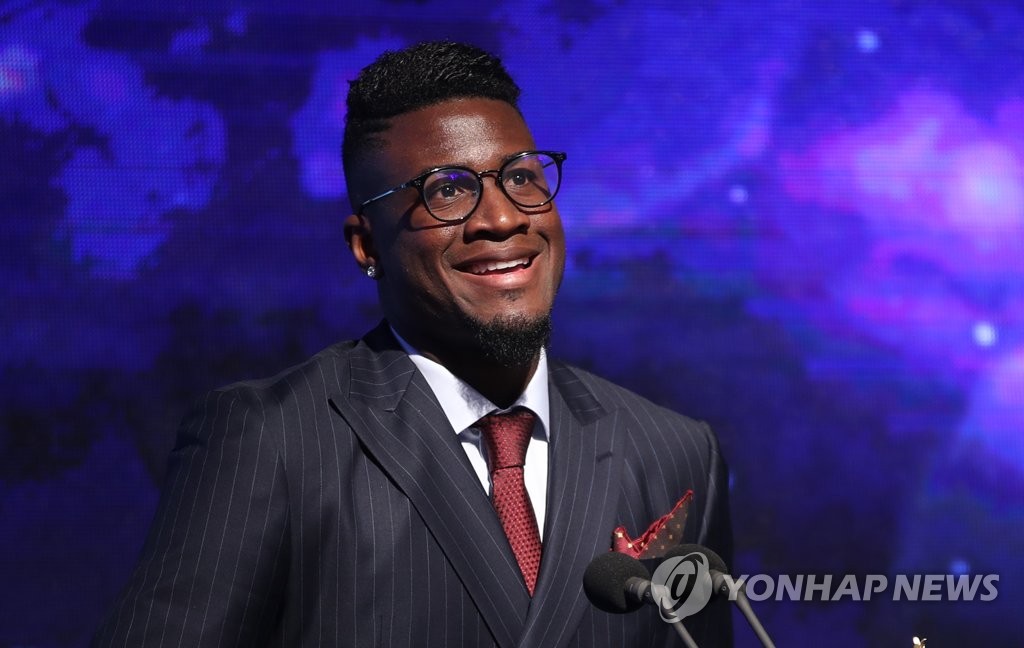 "I had some difficulties to come this far, but I overcame myself with rigorous training," Marcao said. "I think this MVP trophy is a reward for my hard work. I want to thank my teammates and my families in Brazil."

Marcao is now the first player to grab the MVP honor and the scoring title in the two divisions in consecutive seasons. He netted 22 goals in 32 matches and was voted the MVP of the K League 2 last year.

Marcao is the fourth foreign MVP in the K League 1 history. The last time a foreigner took the top individual award was in 2012 when Montenegrin striker Dejan Damjanovic claimed both scoring title and the MVP award with FC Seoul.

Lee had the champions' advantage as his club Jeonbuk claimed the K League 1 title. He was looking to become the first defender to win the MVP award since Hong Myung-bo did so in 1992. The 31-year-old right back was also third in assists with nine helpers.

Serbian striker Djeric was the second top scorer with 24 goals, while Ulsan forward Junior was third in scoring with 22 goals.

Han, who is in his sophomore season, had five goals and seven assists in 31 matches, and helped Ulsan to finish third in the league.

"Last year, I watched my friend Kim Min-jae receiving this award, and I envied him," Han said. "I really wanted to win this award. I'm so happy that I got the result that I wanted." 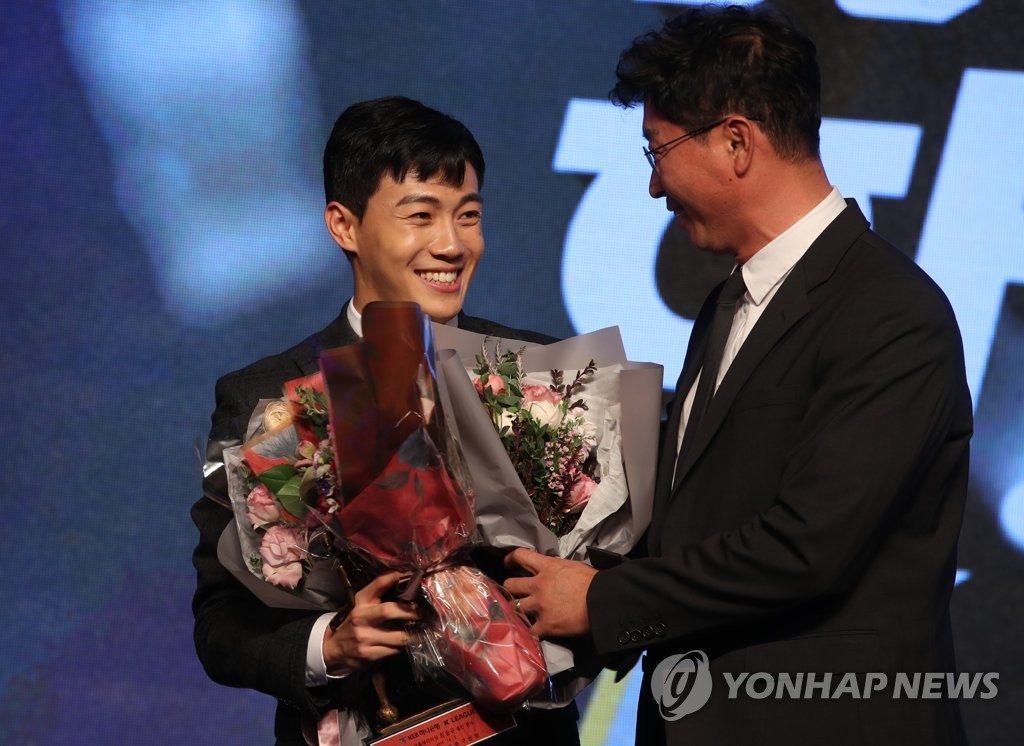 For the Coach of the Year award, outgoing Jeonbuk boss Choi Kang-hee beat Kim Jong-boo of Gyeongnam, Kim Do-hoon of Ulsan and Choi Soon-ho of Pohang.

It was Choi's sixth coaching accolade in his last season with Jeonbuk. He was recently named head coach for the Chinese side Tianjin Quanjian.

"I want to thank our players who give their all to this club," Choi said. "I will be departing for China next year. I hope the K League 1 can stay competitive and get more investments. I believe good players should stay in the K League 1 to develop the league."

The league also announced the All-K League 1 squad of 11 players, made up of two forwards, four midfielders, four defenders and a goalkeeper.

For defense, two Jeonbuk players -- right back Lee Yong and center back Kim Min-jae -- made their names on the list. They were joined by Ulsan's Austrian center back Richard Windbichler and Suwon Samsung Bluewings left back Hong Chul. 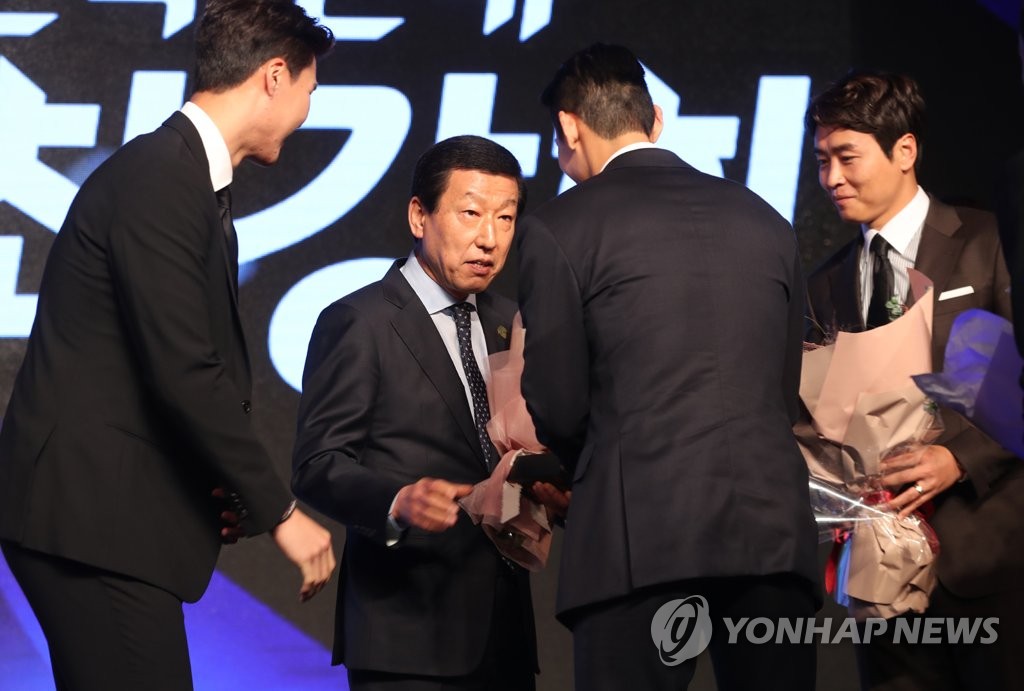 Meanwhile, for the K League 2, Gwangju FC forward Na Sang-ho won the MVP award, as well as the scoring title. He netted 16 goals in 31 matches.