The Dinos, which had the worst record in the Korea Baseball Organization (KBO) this past season, signed Butler to a one-year deal worth US$1 million, which includes a $200,000 signing bonus.

Butler has appeared in 79 big league games for three teams. He split the 2018 season with the Chicago Cubs and the Texas Rangers, posting a combined 2-3 record with a 5.62 ERA in 30 relief appearances. 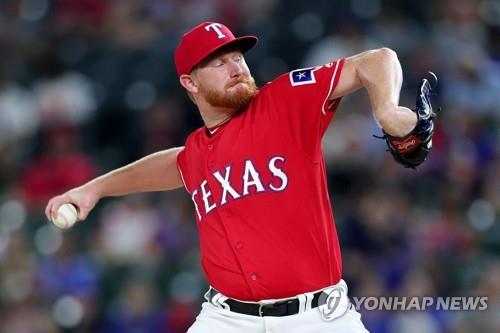 The Dinos said Butler is a power pitcher who mixes in changeup, slider and curve. They added they liked Butler's starting experience and his competitive fire.

Butler joins fellow former big leaguer Drew Rucinski, who signed last Friday, in the revamped Dinos' rotation for 2019. KBO teams are permitted a maximum two foreign pitchers each, and by acquiring Butler and Rucinski, the Dinos parted ways with both of their foreign starters from 2018, Logan Verrett and Wang Wei-Chung.