SEJONG, Dec. 3 (Yonhap) -- The nominee to become South Korea's next finance minister said Monday that he will alter the tax system on alcoholic beverages next year in an apparent move to address imbalances in taxes between foreign and domestic beer.

Hong Nam-ki said that the proposed move will switch the country to a tax system based on volume rather than the factory prices of alcoholic beverages.

Currently, South Korea imposes a 72 percent tax on the factory prices of such drinks.

Hong made the written answer to an opposition lawmaker ahead of a parliamentary confirmation hearing set for Tuesday.

The proposed move is meant to, among other things, ensure tax fairness between foreign and domestic beer products. Local beer makers claim that they are at a disadvantage under the current tax system, which levies taxes based on factory prices, according to an official handling the issue at the Ministry of Economy and Finance.

The official said the ministry has begun to collect opinions from relevant parties for the proposed switch.

In 2017, South Korea collected about 3.2 trillion won (US$2.9 billion) in taxes on alcoholic beverages.

Hong must go through a parliamentary confirmation hearing, though his nomination is not subject to approval by lawmakers. In South Korea, prime minister is the only Cabinet post that requires a vote by legislators. 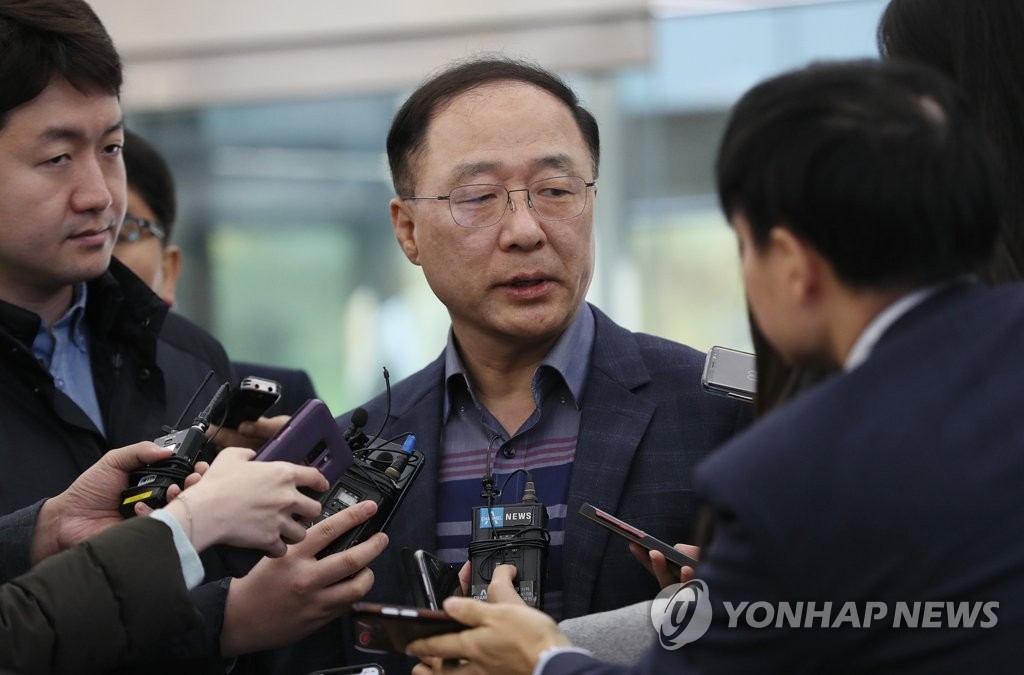