"It's a big honor to receive this award, but I always believe this coaching honor is made by the players who sacrificed for the team," Choi said after the K League Awards at a Seoul hotel. "I want to thank all the players who played for Jeonbuk."

With the latest triumph, Jeonbuk have won six K League 1 titles in the last 10 seasons. All of Jeonbuk's victories were produced by Choi, who first joined the Jeonju-based club in 2005.

Choi will leave his glorious achievement with Jeonbuk, as he was recently appointed head coach for the Chinese side Tianjin Quanjian.

"What remains the most in my memory with Jeonbuk is our first league title in 2009," he said. "But I added one unforgettable memory yesterday. In my final match with Jeonbuk, I saw many fans crying, so I couldn't hide my tears, too."

From this year, the K League changed the voting system for the awards. Previously, only registered media members could cast votes, but club captains and head coaches also took part from this season, each having 30 percent weight in voting

Choi earned the most votes from his peers and the K League 1 players to take the coaching award. He earned 41.93 points to beat Kim Jong-boo of Gyeongnam FC, who had 36.76 points. Kim Do-hoon of Ulsan Hyundai and Choi Soon-ho of Pohang Steelers were the other two candidates.

"I think they just voted for me because I'm old," he said. "Maybe they just favored me to give one last goodbye before I leave for China." 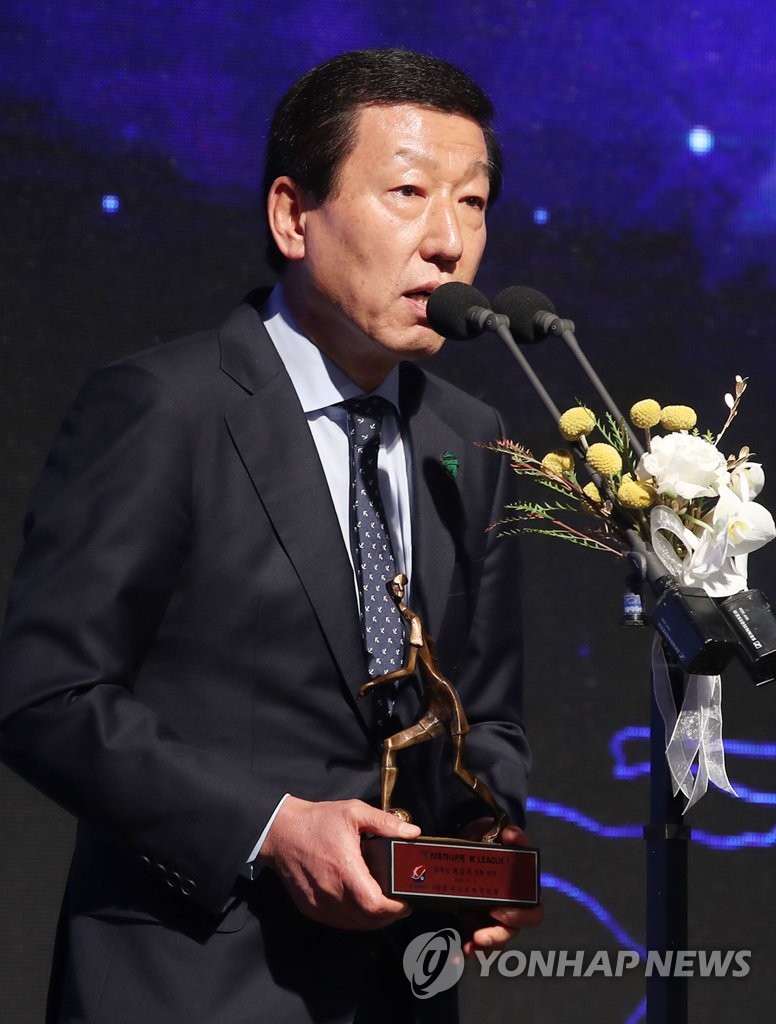