SEOUL, Dec. 3 (Yonhap) -- Gyeongnam FC's Brazilian striker Marcos Vinicius Amaral Alves, commonly known as Marcao, said Monday he has not decided whether he should remain at his current club next season after winning the top accolade in the South Korean football league.

With the scoring title, Marcao was voted the MVP of the 2018 K League 1 season. He earned 55.04 points to claim the top individual award, beating out Lee Yong, a defender for the reigning K League 1 champions Jeonbuk Hyundai Motors, who garnered 32.13 points.

Marcao burst into tears when he received the MVP honor at the 2018 K League Awards in Seoul.

"Many people had doubts about whether I could also succeed in the first division, but I worked hard to prove my talent," he said. "I suffered some injuries, but I was able to overcome those difficulties. I cried because I remembered those hard times." 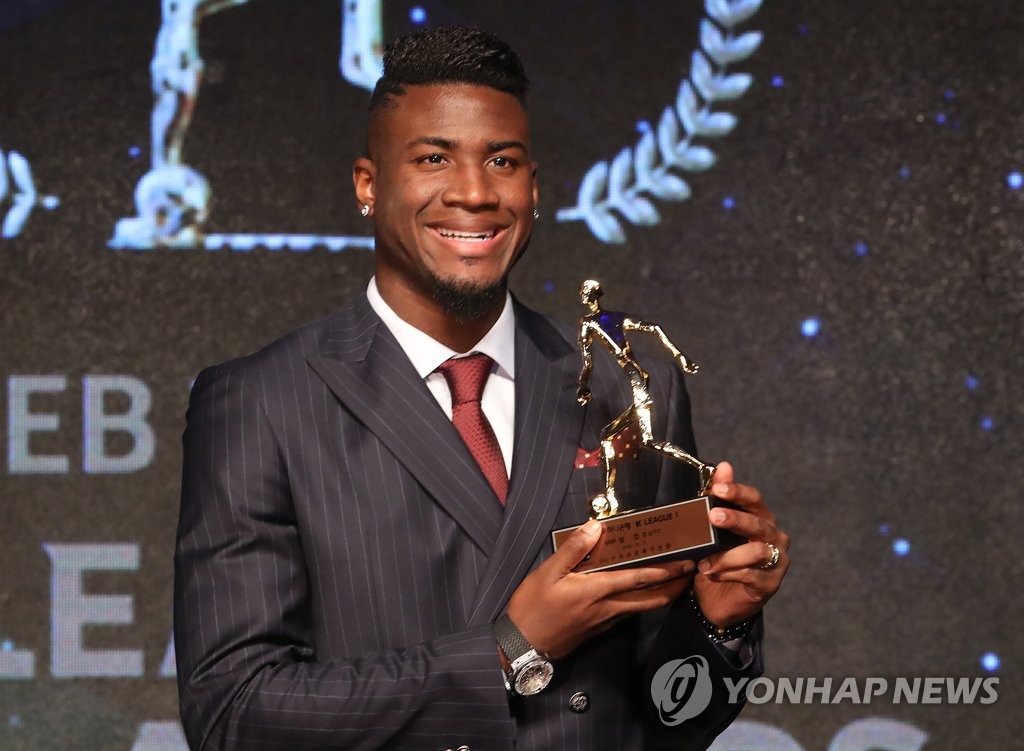 The 24-year-old Brazilian is also the first player to grab the MVP honor and the scoring title in the two divisions in consecutive seasons. He netted 22 goals in 32 matches and was voted the MVP of the K League 2 last year.

Following his excellent season, Marcao was recently linked with moves to China or the Middle East. Gyeongnam had already admitted that they're receiving big offers from other clubs.

"I have yet to decide what to do for my future," he said. "I will be leaving for Thailand with my family tomorrow and will go back to Brazil. I will then talk about my future with my agent and family members."

Although his future with Gyeongnam remains uncertain, Marcao thanked the K League and his head coach Kim Jong-boo for leading him this far.

"K League is the first league that I experienced outside Brazil, and I went through both the second and first divisions," he said. "Kim always gave me good advice. I know he was a good striker in his playing days, so I trust his experience and his tactics. This award was possible because of him." 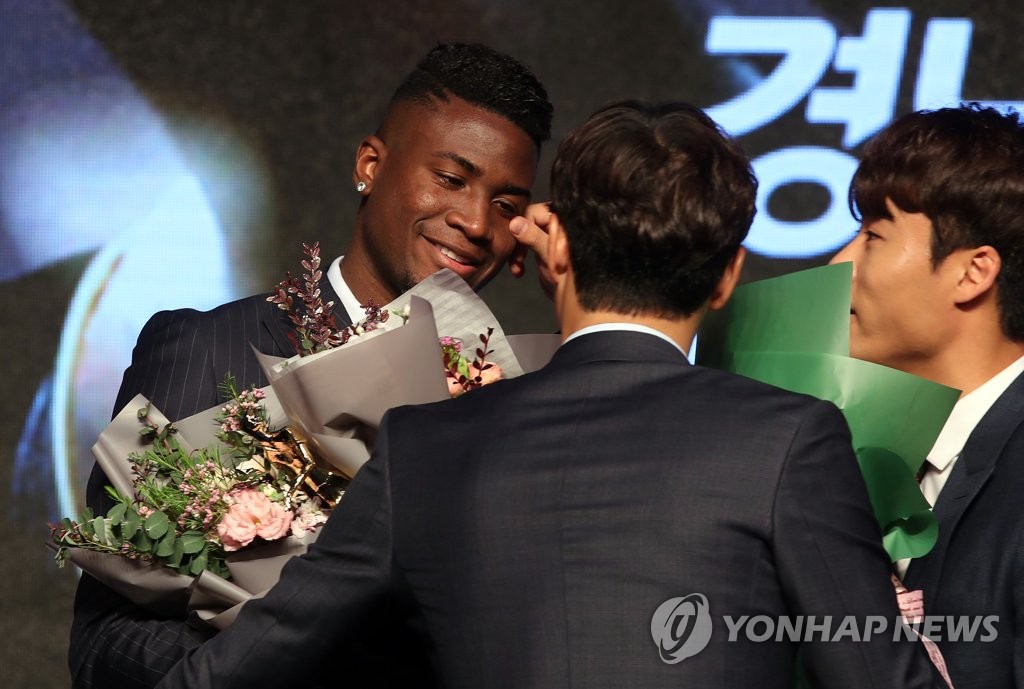 Marcao, who is the fourth foreigner to win the K League 1 MVP award, said he will try to become a better player season after season.

"My personal goal is to play in Europe, but I know I have to work hard to achieve that goal," he said. "I also want to play for the Brazilian national team, but I'm not sure at this moment. I know I have to become a better player, and I believe I can get an opportunity someday."