From a month earlier, the index fell 0.7 percent, according to Statistics Korea.

The reading marks the highest since September 2017, when the comparable figure stood at 2.1 percent.

Prices of industrial goods increased 1.5 percent from a year earlier, compared with a 2 percent on-year rise reported for the previous month, the statistics office said.

The statistical office said prices of service charges moved up 1.5 percent last month, up from a 1.3 percent on-year increase in October. 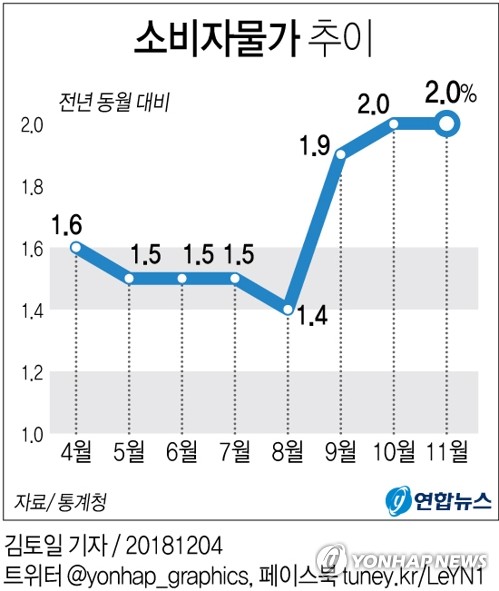