Kim Hye-kyung appeared at the Suwon District Prosecutors' Office at around 10:05 a.m. Tuesday's questioning follows an interrogation in late October and another in early November.

"It's been really tough and unfair," she told reporters as she appeared at the office. "I just hope the truth is revealed."

The questioning ended at around 9:10 p.m. She did not make any further statement. 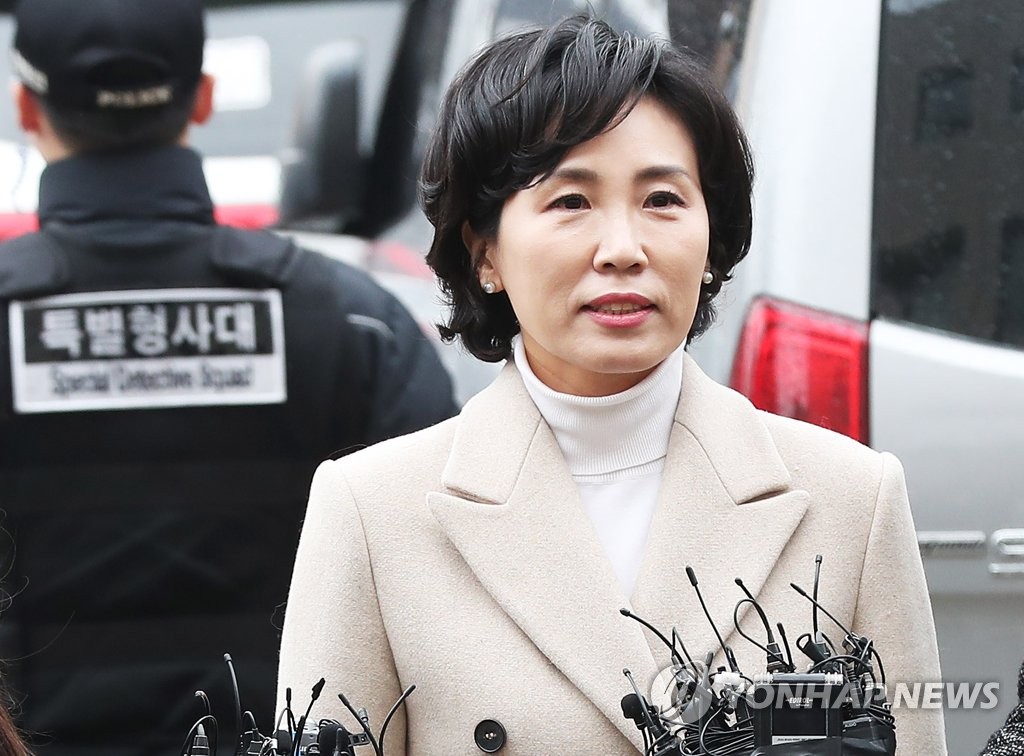