Hong -- nominated by President Moon Jae-in last month to lead the Ministry of Economy and Finance -- made the comments at a parliamentary confirmation hearing.

"Income-led growth" is President Moon Jae-in's trademark economic policy and calls for increased income and spending by households to generate growth in the country. The policy is centered on higher wages for workers.

Hong said the government will decide future minimum wage adjustments next year by taking into account its economic impact.

The nominee said the government can consider raising taxes if a tax hike is needed to cover welfare costs and there is public consensus on the issue. 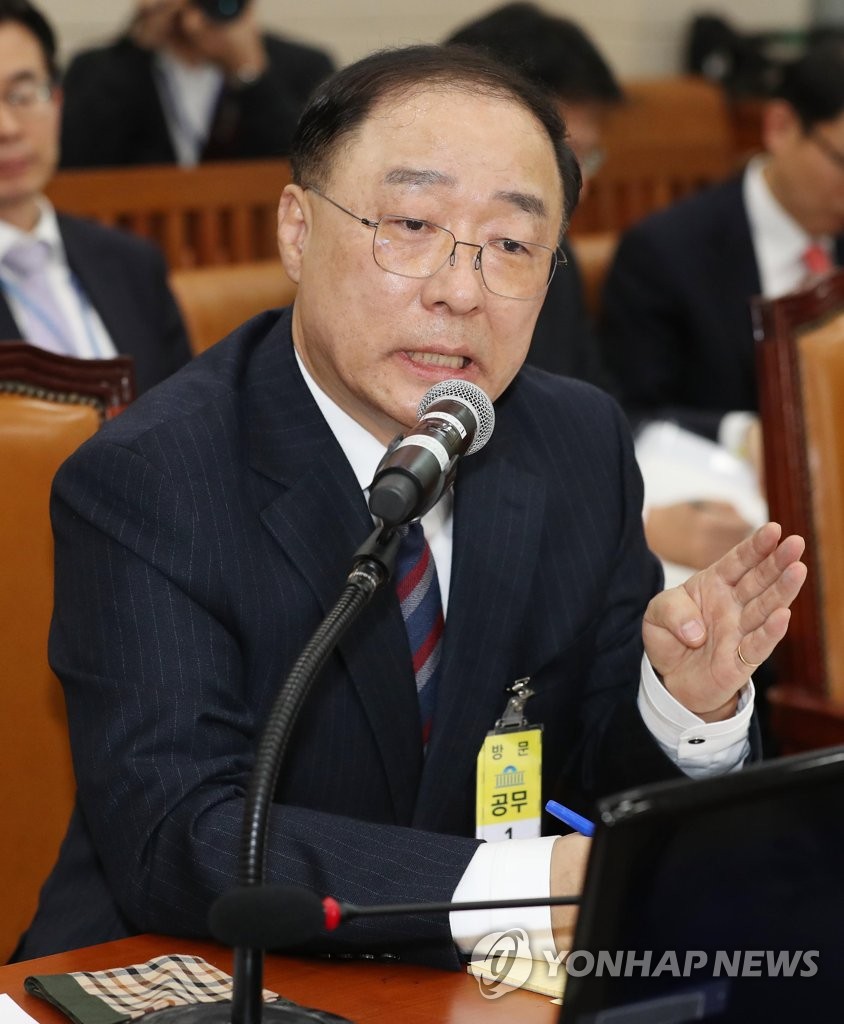