SEOUL, Dec. 4 (Yonhap) -- Asiana Airlines Inc., South Korea's second-biggest full service airline, said Tuesday it is set to pay most of the 2.1 trillion won (US$1.89 billion) worth of its debt that will mature this year.

At the end of November, Asiana Airlines secured 457 billion won in funds through the sale of parent Kumho Asiana Group's headquarter building and a stake in affiliate CJ Logistics Corp., and the issuance of convertible bonds and asset-backed securities. Such transactions will help cover payments that must be made this year, the company said in a statement.

Asiana also raised funds through an initial public offering (IPO) of its information and communication technology affiliate, Asiana IDT Inc. Its affiliate Air Busan Co. is seeking to list shares on the main Korea Exchange within this year, a company spokesman said.

For the fourth quarter ending Dec. 31, the company said the sharp dip in oil prices will boost its bottom line.

But oil prices fell more than 30 percent in October and are in a decline. Lower oil prices will drive down the company's spending on jet fuel and drive up travel demand, Asiana said. 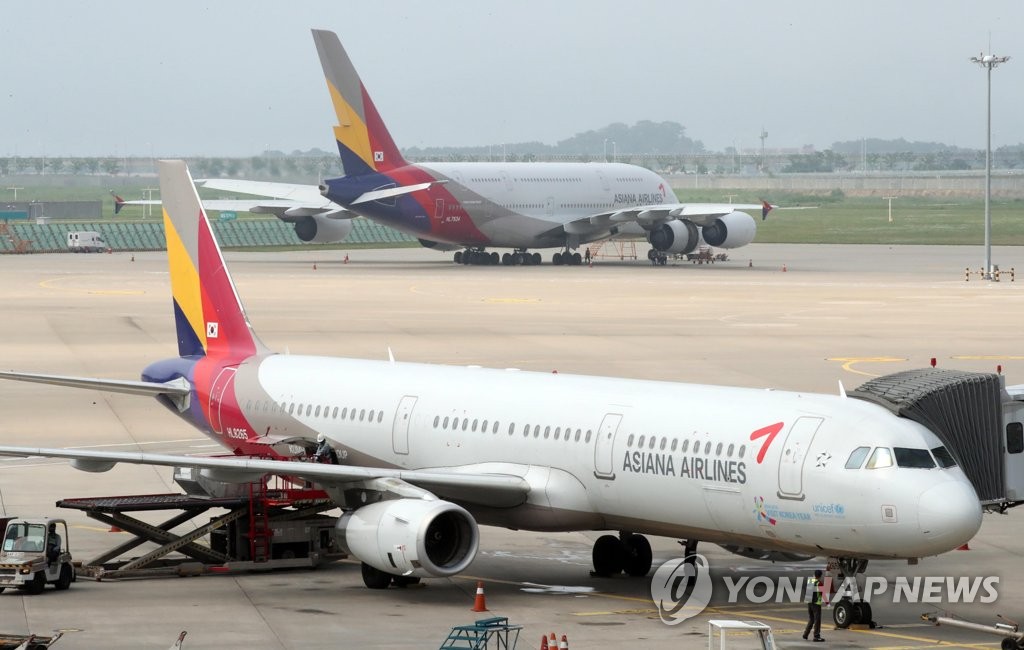