The Korea Football Association (KFA) announced a list of 23 players who will train in Ulsan to prepare for the 2019 Asian Football Confederation (AFC) Asian Cup, which is scheduled to kick off in the United Arab Emirates (UAE) on Jan. 5.

The KFA said the players will assemble next Tuesday and train until Dec. 20. Typically, the KFA calls up national players two weeks ahead of the tournament, but it recently reached an agreement with the K League, the operator of the country's pro football leagues, to allow local clubs to release their players early for the national team.

The roster doesn't feature Europe- or Middle East-based players, due to their club schedules. However, the 23-man roster has three players from Japanese clubs, including Gamba Osaka striker Hwang Ui-jo, and two players from the Chinese Super League.

Among them, Kim is considered the most surprising pick. The 22-year-old defensive midfielder played only five matches with his K League 1 club and has not represented South Korea at any age level.

Han, 22, was voted the Young Player of the Year at the 2018 K League Awards on Monday. He had five goals and seven assists in 31 matches and helped Ulsan to finish third in the K League 1.

Jang, 22, is a back-up midfielder for reigning K League 1 champions Jeonbuk and helped South Korea to win a gold medal at the 18th Asian Games.

Another noteworthy national team member is Jeonbuk left back Kim Jin-soo, who last played for South Korea in March. The former Hoffenheim man, who has 34 caps, missed the 2018 FIFA World Cup due to a knee injury. 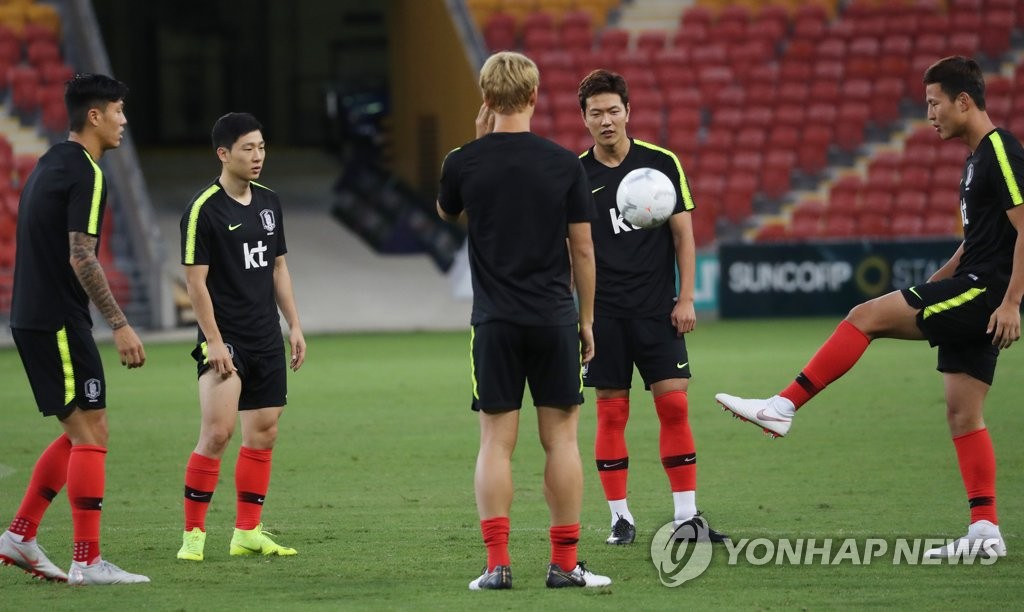 The Ulsan training camp will be the last opportunity for East Asian league-based players to make their case for squad selection. Bento will announce his final roster for the Asian Cup on Dec. 20, three days before departing for the UAE.

The following is the list of South Korean players named to the roster for the Asian Cup training camp in Ulsan this month.