The government's record 470.5 trillion-won (US$423.6 billion) budget proposal is pending at the National Assembly with rival parties having yet to complete their budget review amid partisan wrangling.

"The National Assembly failed to pass the bill within a legal deadline for its passage again following last year's failure. It also has become uncertain whether the proposal could be dealt with this week," Lee said at a meeting with Cabinet members.

"If the assembly cares about ordinary people's life and the country's economic difficulties, it is natural that parliament should handle the budget proposal as soon as possible," Lee stressed.

The session was adjourned without voting, right after the government explained its stance on the budget motion.

National Assembly Speaker Moon Hee-sang said Monday that if the parties submit a revised budget bill, he will put it to a vote. 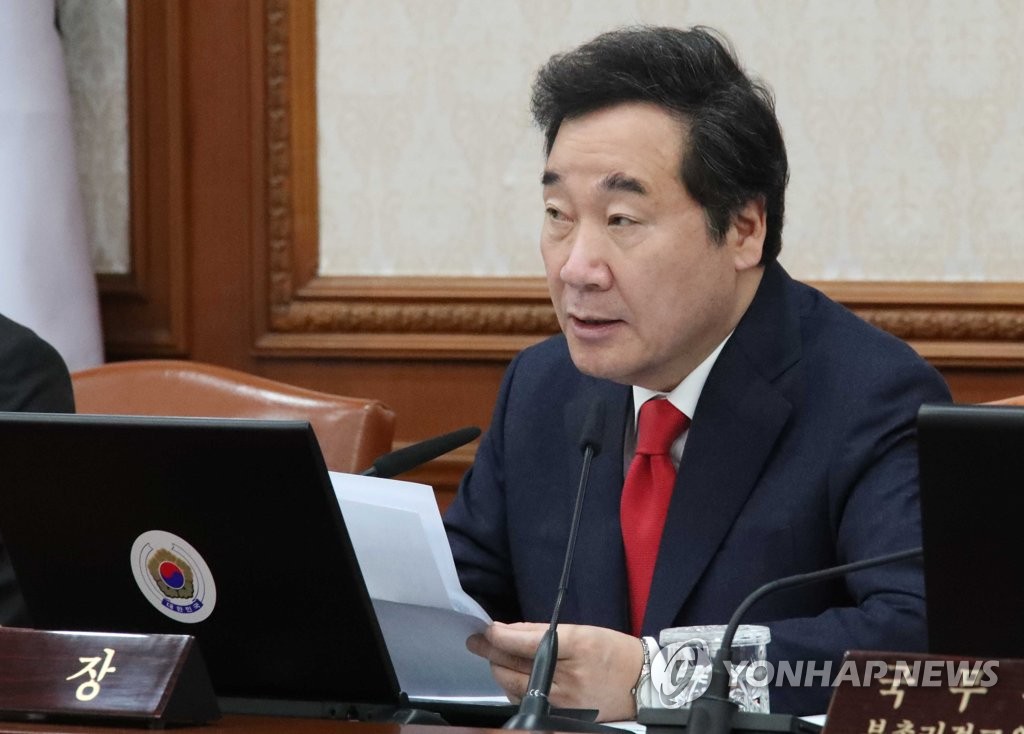