"We're currently in the process of reviewing the Ministry of Culture, Sports and Tourism's proposal," an official from the K League said. "Since Barcelona didn't mention an exact date for a friendly match, we have to consider our season schedule comprehensively."

South Korean sports minister Do Jong-whan said in a recent media interview that Barcelona, a star-studded team that includes Lionel Messi, told officials that they want to play a friendly match with a unified Korean team in July 2019. 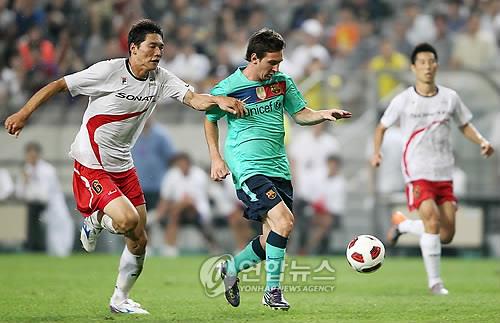 The sports ministry then asked the Korea Football Association (KFA) to check whether the men's national football team, led by head coach Paulo Bento, could join forces with North Korea in that time period, but didn't receive a positive answer.

According to the KFA, FIFA's international match calendar shows there are no dates set for friendly matches in July 2019, meaning it would be difficult to assemble the national team.

Following the KFA's response, the ministry next approached the K League, the operator of South Korea's pro football leagues, to make a team for the Barcelona friendly.

But in order to make the unified Korean team, South Korea and the K League will need go through a difficult process, including getting North Korea's agreement and selecting the players. 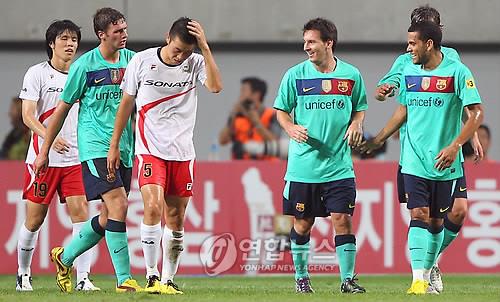