The four-layered snack has gained huge popularity since its launch in March 2017, with domestic sales alone hitting 65 million, the company said.

"Turtle Chips have gained huge popularity not only in South Korea but also in China with its unique shape and taste," Orion said in a press release. 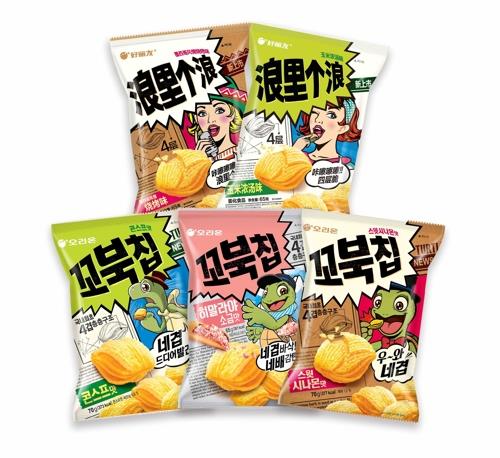